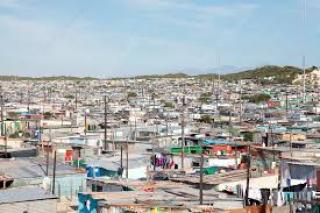 The Western Cape High Court declared on Wednesday that the City’s actions and conduct in demolishing and evicting the community of Hangberg in Hout Bay were unlawful and unconstitutional.

Sisulu said the State will do everything to enforce this court order and ensure that the City of Cape Town officials complies.

“As the court said, such evictions are in violation of Section 36 (1) of Alert Level 3 regulations made in terms of section 27 (2) of the Disaster Management Act of 2002,” Sisulu said.

The department also welcomed the court’s instructions that the City must rebuild the same size and dimensions of the structures they demolished, within 48 hours of the court granting the order.

“The South African legislation prohibits evictions of residents, and the State is obliged to ensure that such violations of residents' human rights has consequences and is stopped immediately,” the Minister emphasised.

Section 26(3) of the Constitution states that “no one may be evicted from their home, or have their home demolished, without an order of court made after considering all the relevant circumstances”.

The Constitution further prohibits any intimidation, cutting off of services, or any other measure that makes residents living conditions unbearable in order to evict them.

“The State will intervene to enforce the Constitution and the Disaster Management Act, which gives effect to alert level 3 regulations. The State has a duty to protect the rights of all residents,” Sisulu said.