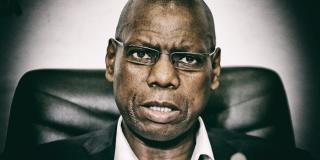 During his visit to the Nasrec Field Hospital in Johannesburg to assess Gauteng's readiness for the COVID-19 surge, Health Minister Dr Zweli Mkhize warned that KZN is expected to join Gauteng as South Africa's epicentre as the number of Covid-19 cases in the province continue to rise.

This while the number of new COVID-19 cases is stabilising in the Western Cape and the Eastern Cape.

Gauteng remains the hardest-hit province with 133 617 confirmed cases, while KwaZulu-Natal has 43 215 infections.

Mkhize said that Gauteng is still at the top of the infections list but that KwaZulu-Natal is taking over.

He went on to say that his department is in discussions with the province on what the next steps are. Infections are expected to peak in the next few weeks so the goal now is to prevent a shortage of beds and oxygen.

The minister further applauded the clinicians for a job well done in the battle to save lives and he once again affirmed his support.

“There’s no formula or textbook for this. Whenever as you clinicians feel the pressure, you need to make sure that everybody feels it, so that we must respond.

“My phone is on. Do not feel shy to call. This is an emergency, a crisis, so there is no protocol here. There is work.”

Mkhize went on to address circulating reports that Gauteng hospital beds are full, which he believes is created by the delays in getting test results, causing patients to be kept under investigation for longer in hospital.

“Secondly, [we believe if] the availability of oxygen [is not an issue] -- if we can make sure we do not have that pressure -- then I think we could be fine.”

He said the department is working around the clock to create more bed capacity so no one is denied entry at hospitals.

“There are those who may not be admitted because of the doctor’s decision, that’s it (sic). It will not be because of space, but because of the clinical judgement that you are going to be treated somewhere else and not in the hospital,” explained the Minister.

He said the drop in trauma patient numbers gave them a huge advantage and will assist clinicians with dealing with COVID-19 patients in the next few weeks.

“Until the surge hits you, you don’t know how to behave. You will only know when you are in the heart of it,” said Mkhize.

The minister has assured the province that it will never run out of beds.

“We have a standing agreement that we’ll shift any patient to the private sector, especially for high care and intensive care,” he said, adding that public sector doctors will be doing the referrals.

The department is also in the process of acquiring more volunteers, which Mkhize said should be paid timeously.

He has called for 24-hour turnaround time in employing staff and expressed faith in medical personnel, saying "our clinicians are on top of the game and have good enough experience".

Mkhize said he would visit the Eastern Cape this week.

While cases continue to climb, the Minister has stressed the importance of wearing masks, using sanitisers, washing of hands, as well as social distancing.

According to the Gauteng Health MEC, Dr Bandile Masuku, the Nasrec Field Hospital has had at least 21 admissions since last week.

“We’re starting small and once it gets well organised, we are going to upscale it. By the time we get to the peak, which will be in a month’s time, this place will be up and running like a well-oiled machine,” he said.

He also expressed gratitude for the work done by healthcare professionals and those who have sponsored oxygen concentrators, while his department also procures devices.

“This is one of the things we want to do to make sure that Nasrec is fully functional and is able to alleviate the pressure from the facilities south of Gauteng, and it might extend even to the side of the West Rand and Sedibeng, depending on our capacity,” Masuku said.