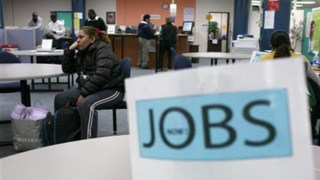 Stats SA announced on Tuesday that the formal non-agricultural sector retrenched 3 000 workers between December 2019 and March 2020.

The national statistical service said the latest report includes employment up to the quarter (ending in March this year) and is therefore not a reliable indication of Covid-19's impact on the country's employment rates.

“Job losses were reported in the trade industry with 17 000 in the first quarter. Losses were mainly due to decreases in employment in the retail and wholesale trade sub-industries by 14 000 and 3 000 employees respectively,” Stats SA said.

Similarly, employment in the construction industry decreased by 14 000 jobs.

Layoffs were also seen in the manufacturing sector, with a quarterly decrease of 2 000 employees in March 2020.

“This was mainly due to decreases in employment in the wood and products of wood and cork, except furniture, articles of straw and planting materials, paper and paper products, publishing, printing and reproduction of recorded media and transport equipment sub-industries,” Stats SA explained.

Conversely, the community, social and personal services industry reported annual growth of 54 000 employees in March 2020 which is due to increases in employment in provincial departments, local government, national departments, health and social work, universities and technikons.

Furthermore, the business services industry grew by 8 000, mining by 3 000 and the transport industry with 2 000 jobs.

The electricity industry, however, remained unchanged.

“Full-time jobs increased by 18 000 quarter-on-quarter, whilst 37 000 jobs were lost compared to the same period last year,” Stats SA said, concluding that part-time jobs declined by 21 000 positions compared to the 40 000 jobs that were added year-on-year.

Read also: How to deal with retrenchment during Covid-19

END_OF_DOCUMENT_TOKEN_TO_BE_REPLACED

Business School Netherlands is an official Dutch University of Applied Sciences active in the development of business professionals world-wide.