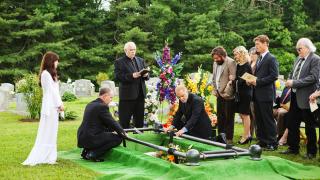 South Africa reported the highest death toll in a single day, with 572 people dying of COVID-19 on Wednesday.

Of the additional deaths, 400 were recorded in the Eastern Cape, 114 from Gauteng, 43 from the Free State, 35 from the Western Cape and 18 from KwaZulu-Natal.

This has pushed the fatality rate to 5 940 since the pandemic.

The four provinces have the highest recorded deaths as well, leading is the Western Cape with 2 752 fatalities, followed by the Eastern Cape with 1 345, Gauteng with 1 156 and KwaZulu-Natal 477.

SAnews reported on Wednesday that the Health Minister, Dr Zweli Mkhize, chastened the Eastern Cape for under-reporting deaths during his visit in the province.

“MEC, I’m going to ask your team to continue to report deaths as they come and don’t wait or say you haven’t found all of them. You’ll never find them all. Just give us the report of the deaths on a daily basis,” Mkhize said to Eastern Cape Health MEC Sindiswa Gomba.

While he said he understood that there were challenges, he urged the provincial health department not to go by a day without accounting for COVID-19 deaths as it breeds misrepresentation.

“It does give us a bit of distortion. You suddenly do not have deaths for one day then afterwards you have 400 deaths. It becomes the problem in terms of understanding the distribution,” he stressed.

Meanwhile, the number of people who have recuperated stands at 229 175, which translates to 58% recovery rate, while 2 585 474 tests have been conducted.