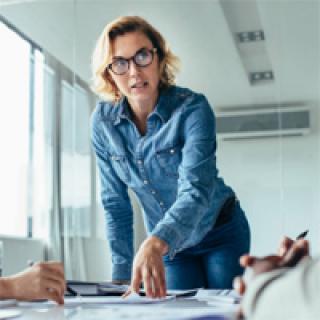 Employee “intrapreneurs” could hold the key to unlocking innovation for South African business faced with the twin challenges of growing local productivity and jobs, and keeping pace with rapid global technology advancement and the demands of increasingly sophisticated consumers.

President Cyril Ramaphosa, in his opening address to the SA Investment Conference last month, highlighted that “we are determined to build a country that is driven by enterprise and innovation” while the World Bank has urged South Africa to harness its “largely untapped potential for innovation.”

Dr Salome van Coller-Peter, head of the MPhil Coaching Management programme at the University of Stellenbosch Business School (USB) says , “Change is now the only constant. Companies embracing it are succeeding while those that don’t are forever playing catch-up, and this is where encouraging and rewarding intrapreneurship can make the crucial difference.”

Intrapreneurs – employees who think and act like entrepreneurs, driven to uncover new opportunities and find new ways of doing things – are valuable sources of innovation and sustainable competitive advantage because of their inside knowledge of the business and organisational culture, she said.

While examples abound of game-changing innovations that emerged, often by accident, from within a company workforce – Sony’s Playstation and 3M’s Post-It notes are two such – Dr Van Coller-Peter says successful intrapreneurship relies not only on individuals who have the right “natural ability, personality, curiosity and guts”, but also on an enabling corporate environment.

“If innovation through intrapreneurship is to be more than a one-off lucky break, then encouraging it must be a decision made and supported by top management. It must be organisation-wide and institutionalized, with an empowering environment that fosters a culture of co-creativity – allowing for risks to be taken, within boundaries, and mistakes to be made, and offering worthwhile recognition or reward,” she said.

She points to the example of First National Bank, which last year awarded over R10.5-million to employees who came up with “game-changing innovations” to re-invent banking processes and use technology to provide better service to customers. FNB has awarded R54.5-million to staff since launching the programme in 2004, and implemented over 10,000 employee-generated ideas.

“Organisations need to make the decision to encourage employee innovation, to create a culture of allowing mistakes, risk-taking and taking initiative and to recognize such employees publicly.”

Dr Van Coller-Peter says the financial benefits of innovation need careful consideration too. “Rewards and recognition are one thing, but there may also be a need to think about further incentives such as co-ownership of intellectual property or patents,” she said.

Business needs to “think intrapreneurship”, she said, taking a leaf from leading innovators such as Google by allowing thinking time, time to work on innovative ideas, allocating financial resources, establishing a system for proposing and approving new ideas, and deciding how to monitor and evaluate progress.

“A forum for pitching new ideas and inventions is an option, but it must be led by people with influence and decision-making power, as well as an appetite for creativity, renewal and a healthy measure of risk-taking,” she said.

Flatter, less bureaucratic organisations are more conducive to intrapreneurship, as well as “recruiting with intent” to find employees with the right abilities and attitudes, she said, although entrepreneurial flair is not suited to all positions and the creative risk-takers need to be balanced with employees with attention to detail and execution abilities.