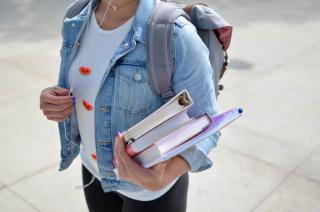 Higher Education Minister Blade Nzimande said NSFAS is making strides, as over 60% of students who are funded by NSFAS are also SASSA beneficiaries.

The Minister said this while addressing the Portfolio Committee on Higher Education.

"67% of the new applicants, honourable chair, are SASSA beneficiaries. You see what this means is that the child grant is working in such that kids that ordinarily would not have reached this stage, are able now to apply and many of them would be able to get to a university or college. It’s a huge achievement by the government; the impact of the other grant that we have which is the child grant,” said Nzimande.

NSFAS and the Department of Higher Education have been under the spotlight recently, as students have been protesting for debt clearance and free education.

Minister Nzimande said the issues faced by the Higher Education sector are beyond NSFAS and government policy.

"The nub of the problem that we are facing now is not NSFAS; it’s not government policy. Yes, there may be issues to those who appeal, those who may fall through the cracks here and there, but in general, NSFAS has achieved the government’s intention in terms of Section 21 of the Constitution."

"All 26 universities have committed themselves to finding ways to assist students who have been succeeding academically through various mechanisms open to them. Individual institutions will address these issues on the basis of their capacity to do so."

USAf has called on government to make provision for students and universities, by investing more in Higher Education.

“To play the role we desire of them as social institutions, universities need to be properly funded and talented students should be able to access higher education irrespective of their financial condition. The higher education system has to be seen by government and society more generally to be a site of investment rather than one of expenditure. That would be an investment in the future of young South Africans and in the future of the nation,” said Professor Ahmed Bawa, USAf’s Chief Executive Officer.