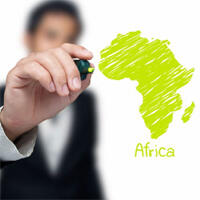 Africa has not had the opportunity to engage with the positive aspects or benefits of capitalism. In Africa capitalism has been a negative force, integrating the continent into the international economy in a position of subservience.

“The real question arises as to how can Africa indigenise capitalism for their benefit, and have ownership of Africacapitalism,” says Dr Njeri Mwagiru, a senior futurist at the Institute for Futures Research (IFR), based at the University of Stellenbosch Business School (USB).

Mwagiru says the introduction of capitalism into Africa historically, and the continent’s integration into global capitalism has been in terms of extraction of value and exploitation. The impacts of capitalist imperialism have been corrosive.

“Although today, the continent is attracting international interests as a growth frontier of capitalism, with expanding markets and gradually stabilising democracies, Africa’s current form of capitalism still allows the extraction of value without adding corresponding value to society.”

“Crony capitalism that benefits an elite few, weak regulatory institutions and virulent fraud drain away opportunities for social advancement and prosperity. Our current implementation of capitalism continues to depend on the exploitation of people and natural resources, and is deeply responsible for a disproportionate distribution of income and wealth.”

“The philosophy of capitalism is founded in self-interest whereby people act in pursuit of their own good and rejects government interventions in economic matters. The capitalist believes that people can make their own best decisions and is the basis of the free market with millions of people making individual choices as rational actors.

“The argument is that capitalism is the paramount economic system because it provides limitless opportunity, encourages innovation, and has not been proven inferior to alternative economic systems. Moreover, capitalism results in the overall increase of innovation and economic growth. The more people contribute to society through their hard work and ingenuity, the more value they add to their local community.”

“With mixed models of capitalism around the world, Africa needs one that addresses its entrenched challenges and caters for its unique advantages,” she says.