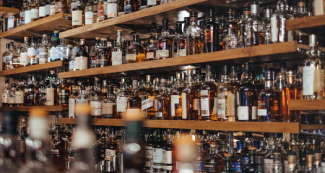 The continued ban on the trade of alcohol has left liquor traders pleading with government once again.

The continued ban on the trade of alcohol has left liquor traders pleading with government once again.
National Liquor Traders Council convener, Lucky Ntimane has expressed that they are disappointed by the announcement of the president, which indicated that the ban of alcohol will be extended.
He mentioned that they were expecting that the president would ease the ban on alcohol, as they had sent him a proposal explaining why they need the ban on alcohol to be lifted.
"We support the efforts made by the government in an effort to reduce the spread of alcohol, which is why we asked the president to allow us to sell alcohol to people who will enjoy it at the comfort of their homes", Lucky said.
He stated that at the end of this 14 days period it will be 152 days without trading.
In his address on Sunday evening, the President mentioned that alcohol consumption makes people ignorant to covid-19 regulations, which poses a big risk to a quick spread of the virus.
Ntimane has argued that while some people abuse alcohol, the sector is also responsible for employing millions.
"The people who abuse alcohol are in the minority, he cannot punish the entire sector that employs over 2 million people, over the few who abuse alcohol."
He mentioned that they had hoped the president would listen to their request and work together with them to come up with ways that will allow alcohol to be sold without putting people at risk of contracting covid-19.
According to Ntimane the president's decision was unfair, but also indicates that the government is not ready for the third wave of the pandemic.
He mentioned that the country has managed to avoid the issue of alcohol abuse for a very long time.
Ntimane says the government is wrongfully blaming alcohol for the failures of the Health sector, and that if the facilities and resources improved in the Health sector, the virus would be better controlled and managed.
The Council has proposed for alcohol to be sold for off-site consumption, in an attempt to keep the liquor industry afloat without risking the spread of the virus. Ntimane added that the sale of alcohol would be done from 10 am until 6 pm daily, and that these regulations would be set for tavern owners and permit holders.
Bottle stores would be able to trade for 5 days a week, during the same hours as taverns.
The Council had requested for the government to support taverns with an amount of R20 000 per tavern, which would relieve them.
He mentioned that the government should be able to assist the liquor sector as it did with other sectors, such as Mango and SAA Airlines.
The last request Ntimane had was that the government should put license renewals on hold for a while until alcohol businesses can generate money again.
He further mentioned that they have been trying to meet with government representatives and talk about ways to continue trading,  but government does not seem to make time.
"They treat us like we are not wanted to be part of the economy of South Africa, and we feel that it is unfair", he said.
"Taverns are the heartbeat of the township economy", Ntimane said.
"54% of tavern owners are women, who are also breadwinners of their families", added Ntimane.
In his conclusion Ntimane stated that they would not survive another 14 days of starvation.
"This pandemic is our fight as the whole nation, but to be subjected to poverty which does not have a vaccine is unfair" Lucky Ntimane said. 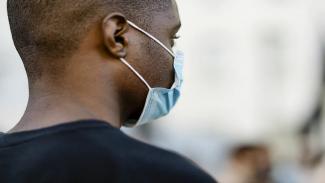 Despite the move to lockdown level 1 and the further easing of restrictions, South Africa will remain in a National State of Disaster. 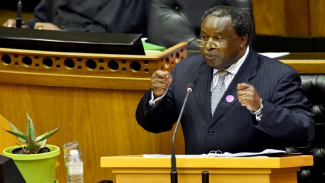 Following recent looting incidents, Finance Minister, Tito Mboweni has revealed the cost of the damage. The Minister was speaking during a media address held on Wednesday afternoon. 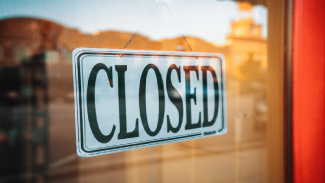 Businesses affected by recent looting incidents will soon receive funds to help them get back to business.

Level 4 Regulation Eased Due To Protest 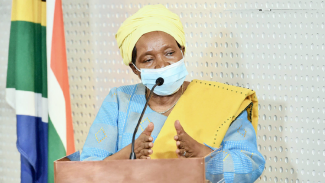 The Minister of Co-operative Governance and Traditional Affairs, Dr Nkosazana Dlamini Zuma released a gazette after amending a section of level 4 regulations on Wednesday. Following a recent outbreak of protests and looting in KwaZulu Natal and Gauteng, the Western Cape is getting ready in case looting incidents spread to the province.