All eyes will be on Finance Minister Tito Mboweni this afternoon when he delivers the Supplementary Budget Speech to Parliament.

The budget has been necessitated by President Cyril Ramaphosa’s announcement that government would spend R500 billion to support the economy’s resuscitation following the outbreak of Coronavirus. Mboweni will virtually deliver the budget as the country continues to observe lockdown regulations aimed at limiting the spread of the virus.

The global pandemic has seen government’s revenue plummet, with economy activity halting during the initial phases of the lockdown. During this period, government expenditure was also redirected in an effort to limit crippling ramifications on the country’s economy.

In March, the Minister announced exceptional tax measures as part of the fiscal package. These include a tax subsidy of up to R500 per month to employers for private-sector employees earning below R6 500 under the Employment Tax Incentive. This benefitted over four million workers.

In April, the central bank warned that the country’s economy faced the bleak prospect of contracting by between 2% and 4%.

During this period, the South African Revenue Service (SARS) accelerated the payment of employment tax incentive reimbursements from twice a year to monthly to get cash into the hands of compliant employers as soon as possible. 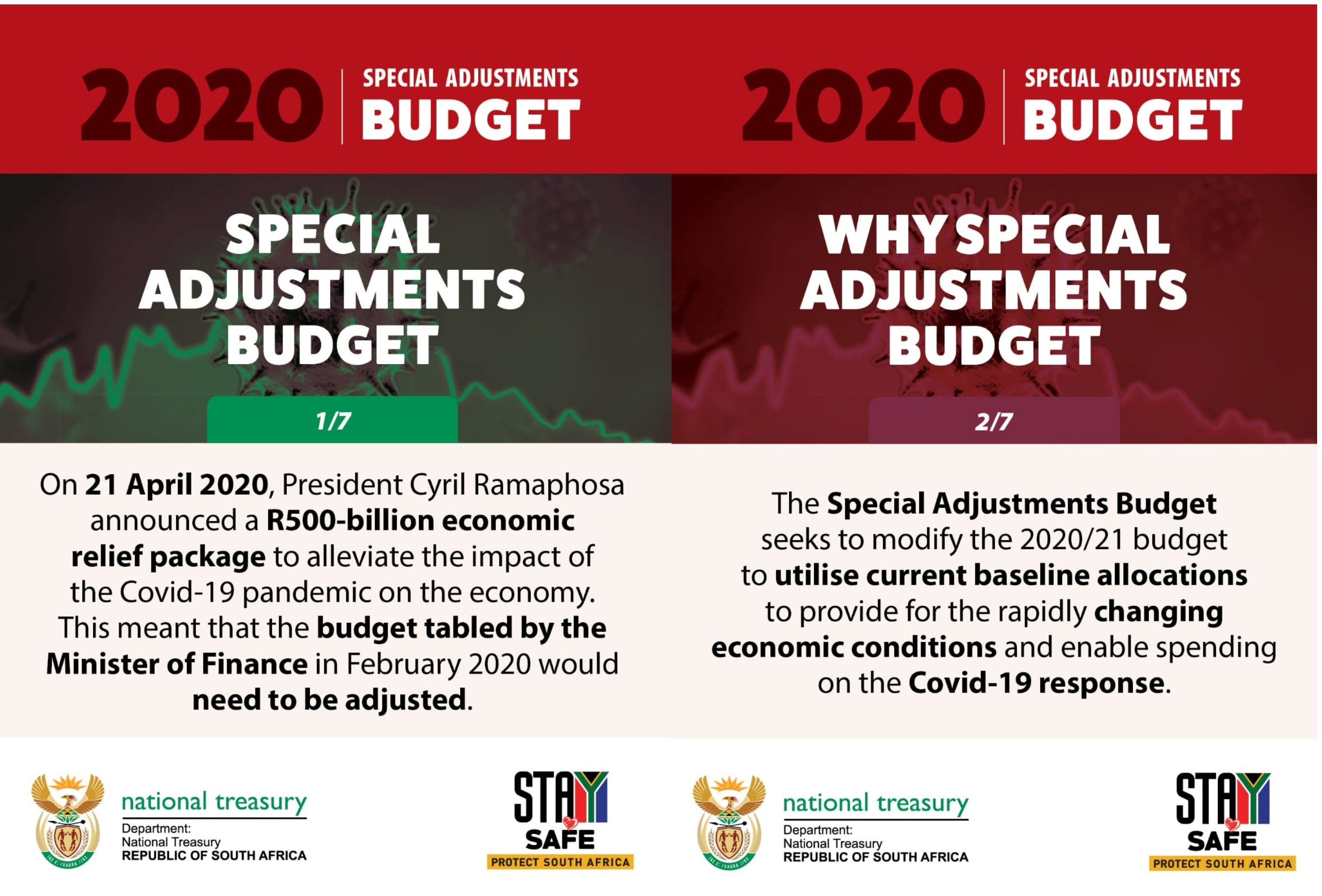 Tax compliant businesses, with a turnover of R50 million or less, were allowed to delay 20% of their employees’ tax liabilities over four months, while a portion of their provisional corporate income tax payments was without penalties or interest over six months. The intervention was expected to assist 75 000 small and medium-term enterprises.

Several relief funds for various sectors, amounting to billions of rands, were availed in an effort to soften the blow on every affected South African.

During this period, the government also diverted funds from other government programmes in an effort to tackle the pandemic, as the State had to purchase and avail personal protective equipment, quarantine sites, medical equipment and other essentials.

Meanwhile, National Treasury has revealed that it has received a $1 billion emergency assistance programme loan from the New Development Bank.

In a statement on Tuesday, the NDB said the funding is aimed at supporting the government of South Africa in its efforts to contain the spread of Coronavirus and reduce human, social and economic losses caused by the outbreak.

“The programme will contribute to providing critical healthcare resources and strengthening the social safety net in South Africa. The positive impacts will include improving the resilience of the public health sector and health emergency response systems, and facilitating socio-economic recovery,” said the NDB board of governors in the statement.

WATCH THE SPEECH HERE: Scheduled to start at 3 PM

Final details on the loan will be published once all processes have been concluded.