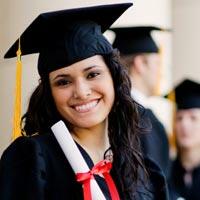 The transition from a higher learning institution to the workplace is not an easy
one for students or employers, and there is a need for better communication
between stakeholders to ensure that learners are properly prepared for the
marketplace.

This research was conducted in order to develop a programme that would
strengthen the link between role players and prepare college graduates to enter the
industry. The initiative is known as the "College to Work project.

The project focused on the three economic sectors most likely to employ college
graduates in South Africa, which included Tourism and Hospitality, Engineering and
Wholesale and Retail. Ten employers within each industry sector were interviewed.
According to employers a "poor attitude' was identified as one of the key concerns
in new recruits. As one employer commented, "give me someone with the right
attitude - the rest I can teach'. The importance of discipline, punctuality, and
ethics in the workplace were also stressed.

However the need for soft skills did not supersede the demand for suitable
qualifications and work experience.

In the engineering sector learners are required to have Mathematics, Science and
English at Grade 12 level with an N3 or N4 qualification in order to pursue an artisan
career. Yet many applicants were not meeting this requirement.

Engineering companies would routinely perform psychometric testing to assess
new entrants and it was discovered that students frequently failed these internal
tests.
Research also revealed that students were not receiving suitable career guidance
after matric.

'A number of employers called for career guidance to be built into college
qualifications as they often received applications from college graduates only to find
that the student had little interest in the job that they applied for.'

In response to these issues a work-preparation programme was developed for
students who had left college to seek practical placements for the completion of
their qualification.

As part of the programme pilot, four TVET Colleges in the Western Cape delivered
the Workplace Preparation Programme to just over 100 students of which 80 will be
selected for placement in industry.

While the response from employers and students has been positive the results of the
programme have not yet been concluded. The findings of these interventions are
expected to be published in national media.

Lead Your Brand Consulting is focused on delivering value in leadership development and strategic brand workshops for business.