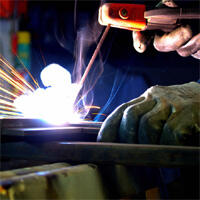 There's a specific need for artisans with Red Seal qualifications, according to Adele Gordon, specialist consultant: artisans and health, safety and quality at Network Recruitment.

"Artisans need to realise theirs are no longer the poor paying jobs they used to be. But to command those higher salaries, they need the right training, and in this case that means securing a Red Seal qualification. A Red Seal means a person has completed an apprenticeship of at least four years and has had the proper training necessary to competently operate in the dangerous working environments that go with artisanal trades. This practical experience is highly regarded by employers, as it means they don't have to train the person from scratch, which saves them time and money,' Gordon explains.

The Red Seal qualification involves completing the four-year practical apprenticeship, followed by a written trade test. Gordon says the qualification is so important because it carefully balances theory with practical experience, and because the standard is so high. "If an applicant fails even one of the modules, they fail the test and have to take it again,' she says.

This has made South African artisans hot commodities overseas, where they're able to earn salaries as high as engineers in South Africa currently earn.But locally, this has left the country with a deficit of artisanal skills. Because of this they're in great demand, with local employers being prepared to pay vastly improved salaries for those skills.

But Gordon says not all local qualifications are created equal, and Red Seal is really the credential that carries the most weight. "There is the government SETA programme, and while it is very good, the quality of training offered is not sufficient for these candidates to be employed off the bat. In my experience, employers prefer Red Seals from Olifantsfontein,' she adds.

The Red Seal qualification is suited to artisans such as electricians, fitters and turners, millwrights, mechanics, toolmakers, patternmakers, electrical fitters and chemical electricians. Gordon advises that these artisans strive to pursue Red Seal qualifications, and that those with RS credentials seek employment locally before turning to international markets for job opportunities.

For more more information contact the Institute for the National Development of Learnerships Employment Skills and Labour Assessments (INDLELA) on 011 206 1000.