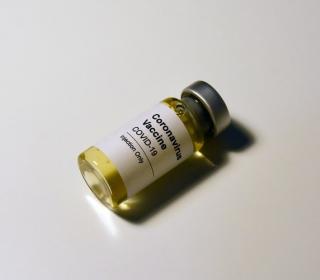 The rollout of the AstraZeneca vaccine in South Africa has been put on hold, following the release of a new study of its effectiveness against the Covid-19 variant commonly found in South Africa.

A local study was conducted, using 2 000 participants, aged between 18 and 65 years.

Professor Shabir Madhi, who led the study about the clinical trial of the Oxford-AstraZeneca vaccine in South Africa said the vaccine is not effective against the variant found in South Africa.

Shabir said research showed that the vaccine had potential to be effective before the new variant began to spread.

“Much of the antibody induced by the vaccine was not actually active against the variant circulating in South Africa,” Madhi explained.

“When we analysed individuals in terms of how well the vaccine worked against the 501Y.V2 variant, there was very little difference between the vaccine group and placebo group,” Madhi said.

Minister Mkhize said there is currently no plan to send the vaccine back to India, as there is still more research that needs to be done.

The country will most likely have to restructure the vaccine rollout plan as well as the target groups.

“South Africa is very likely to, unfortunately, experience another resurgence in the next two or four months. The question we need to ask ourselves -- in the context of knowing that the COVID-19 vaccines, both the AstraZeneca and Johnson & Johnson are safe, even though there are question marks of the effectiveness of the AstraZeneca vaccine against severe disease -- is do we want to take the risk of not vaccinating high-risk groups, knowing that it may not cause harm and they might be protected against severe disease?” said Professor Shabir Madhi.

The next set of vaccines will reportedly be made from the SARS-CoV-2 501Y.V2 variant commonly found in South Africa, making them more effective against the variant.

At the moment, the Johnson & Johnson vaccine is under consideration as it has been seen to be more effective against the SARS-CoV-2 501Y.V2 variant.

The Johnson & Johnson and the Pfizer vaccines will be arriving in South Africa over the next weeks.

Healthcare workers in the public and private sectors will be made a priority.

All healthcare workers can register to get vaccinated on the vaccine portal by clicking this link and following the steps given on the site: http://vaccine.enroll.health.gov.za