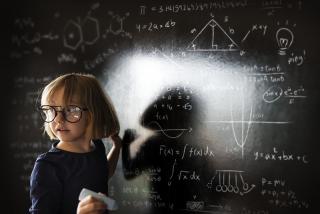 President Cyril Ramaphosa announced the closure of public schools for the next four weeks on Thursday evening during his televised address on developments in South Africa’s risk-adjusted strategy to manage the spread of COVID-19.

Following Cabinet’s decision, schools will close on Monday, 27 July and reopen on 24 August 2020. However, Grade 12 learners and educators will only take a one-week break and reopen on 3 August, while Grade 7s will return to class on 10 August.

The decision to close schools comes as South Africa recorded 408 052 confirmed COVID-19 cases, placing the country among the top five worst-affected nations in the world.

Schools have been gradually opening since 8 June, as Grades 7 and 12 went back to class after all grades shut down in March to curb the spread of the virus under lockdown level 5.

Since then, schools have been welcoming more grades back in a staggered fashion, as the country slowly relaxes regulations.

However, as the country saw a surge in infections, various stakeholders in the education sector called for the closure of schools.

In response to the calls, Motshekga was advised by the National Coronavirus Command Council and Cabinet to engage in a consultation process with stakeholders in the basic education sector and then table a report for consideration.

Motshekga says the break will allow schools to prepare for the return of more grades to school later in August. The Minister has urged school communities to continue with their work during the break.

“Parents, teachers and learners alike are urged to continue with school work.

“Schools must make arrangements with parents for learners to get work or materials for them to remain fully engaged during the break,” said the Minister.

During the break, teachers and non-teaching staff remain on duty at home and will remain at home, but should avail themselves when necessary.

Schools to offer meals during break

With the National School Nutrition Programme (NSNP) set to continue offering meals to learners during the break, the Minister urged that learners should also be given work as they collect food or when they leave on 24 July 2020.

“Once again, we appeal to members of the public to protect schools during the break to prevent the theft and damage that was caused when schools were initially closed due to COVID-19.

“It remains one of our biggest concerns when schools are targeted. The burglaries and theft of food supplies and other expensive items defeat our efforts to provide mainly for the poor and vulnerable learners, who are always the hardest hit,” the Minister said.

She reminded parents, learners, teachers, non-teaching staff and everybody else to continue to implement the health and safety measures, which include washing of hands, sanitising, social distancing and the wearing of masks at all times