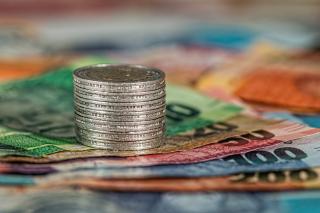 Advocacy group, The Black Sash, is calling for government to implement the Basic Income grant as soon as possible.

Hoodah Abrahams-Fayke, National advocacy manager of Black Sash said the grant is needed as a matter of urgency, as the temporary R350 grant is due to come to an end.

"There is an urgent call for the basic income grant, it has been debated in Parliament as well and the Social Development Department confirmed that the grant would be a solution to alleviate poverty."

"Our immediate demand has been calling for the Covid Social Relief of Distress grant which has been introduced as a social relief measure to address the impact of the pandemic, but it's due to end in April. Black Sash is asking for an extension of that with an increased amount of R585 and should include caregivers of children who are recipients of a child support grant as they work out a policy and an implementation plan to implement a basic income grant for people 18-59 years who are unemployed." said Abrahams-Fayke.

Black Sash is urging government to work on an implementation plan in order to make the Basic Income grant a reality.

Part of the implementation plan would include identifying those in urgent need of the grant.

"Ideally you would start with a phased in approach. Black Sash is calling for income support for 18 to 59 years who are unemployed but can work and would want to work, but there are just no jobs available despite government making empty promises of job creation."

In the meantime, recipients of SASSA grants can expect an increase in grant payments, starting in April.

Finance Minister, Tito Mboweni said this increase is in line with the increase of the inflation rate.

Government expects the number of social grant beneficiaries to reach 9 million by 2022/2023.

The increases for the grants will be as follows: