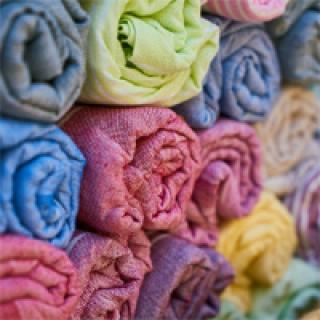 Black industrialism in the textile sector has been taken to another level since the opening of an R81 million firm in Verulam, KwaZulu-Natal.

Africa Bespoke Apparel (ABA) is a 100% black-owned company operating in the textile, clothing and footwear industry.

The company is the first one among the black industrialist beneficiaries to create about 450 employment opportunities within four months of its operation.

ABA was approved for grant funding of R35.5 million from the Department of Trade and Industry (dti’s) Black Industrialists Scheme (BIS). The project is co-funded by KwaZulu-Natal government’s Growth Fund.

The BIS is an incentive of the Black Industrialists Programme, which aims to unlock the potential within black industrialists operating in the South African economy through deliberate, targeted and well-defined financial and non-financial interventions.

“The BIS supported Africa Bespoke Apparel to acquire new equipment to simplify and improve the production process, and increase flexibility and safety, which is combined with the realisation of guaranteed high quality to meet the demands of the modern textiles and clothing sector,” said dti Deputy Minister Bulelani Magwanishe.

Magwanishe said modern technology installed through the BIS will enable the company to triple its production. He says this manufacturing capability has made ABA competitive in relation to modern standards of manufacturing in the clothing and textiles sector.

“Through the BIS support the company aims to penetrate a wide range of sub-Saharan African markets future,” said Magwanishe.

“Our Black Industrialists Programme is producing handsome dividends. We have funded Africa Bespoke Apparel as the provincial government because we strongly believe that the textile sector can be used as one of the avenues of achieving our radical economic transformation agenda,” he said.

Both Magwanishe and Zikalala will attend the official opening of the firm next week Tuesday. – SAnews.gov.za