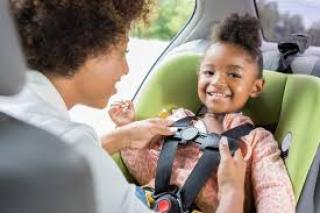 Fastening kids with seatbelts while driving is still the most effective way of minimising the risk of injury and death in road accidents.

During a webinar titled “Buckle Them Up”, which was hosted by the Road Traffic Management Corporation (RTMC) on Thursday, experts revealed that 1 017 children died on South African roads in the last year.

The webinar was part of October Transport Month activities.

RTMC data analysis and reporting manager, Magadi Gainewe, said that child deaths made up 8% of road traffic fatalities last year. She added that most of the victims died while either walking in the streets when vehicles collided with them or from being ejected when vehicles overturned.

Yolande Baker from Child Safe said for every child that died because of road crashes, another 45 were injured.

Road accidents that took place in KwaZulu-Natal, Gauteng, Eastern Cape were responsible for 52% of child deaths on the roads.

The severity of the injuries differed depending on age and whether the child was wearing a seatbelt.

Minors who survive these accidents are often treated for head, neck, chest, and abdominal injuries with some going on to develop disabilities because of the crash.

These disabilities can cause severe delays in a child’s progress in early development years which will deprive them of education and social development in the long run.

Peggy Mars, from Wheels Well, pointed out that car seats were designed to keep children safe, saying that these and other restraints can reduce child deaths by 71% and injuries by 67% if properly used.

“The reason of fatality for children in frontal impacts is that they are not correctly restrained,” she said.

Mars said 32% of cases were a result of children not being fastened in their seat while another 23% weren’t fastened correctly.