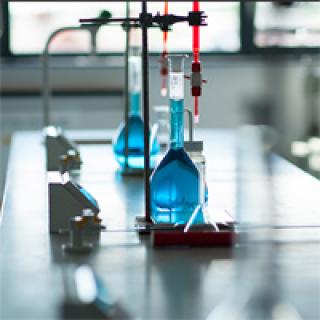 Three young scientists have been granted the opportunity to study engineering at South African universities of their choice after receiving bursaries worth over R1.3 million from Eskom.

The bursaries were awarded at the Eskom Expo for Young Scientists International Science Fair (ISF) Grand Awards ceremony on Friday.

The three were among the 611 finalists at the three-day 2017 Eskom Expo ISF at Birchwood Hotel and Conference Centre in Johannesburg.

“The Eskom Expo lived up to expectation by unearthing young scientists from across South Africa and other countries around the world,” said the power utility.

“Eskom Expo ISF gave the young scientists an ideal platform to show their talents and passion for all things scientific. It also served as motivation for them to pursue careers in the science, technology, engineering, mathematics and innovation (STEMI) fields.

“Eskom aims to address the shortage of skills in science and engineering by encouraging young people to pursue careers in these fields.”

Science and Technology Minister Naledi Pandor and the interim chairperson of the Eskom Board, Zethembe Khoza, were among those who presented the prizes to the learners at the ceremony.

Minister Pandor urged the youngsters to be resolute in following a career in science, engineering and technology and to go as far as they can in their studies.

“I always love coming to the Eskom Expo because it gives me a sense of what the future of our country looks like. The young scientists here are a demonstration that we as a nation can and will be a great achiever in the fields of science and technology.

“I was intrigued to see that all their projects seek to solve problems we are facing today and the solutions they are developing are not for their own gain but for society’s benefit,” said Minister Pandor.

Khoza said the power utility’s investment in mathematics and science forms a good basis for the development and advancement of the country.

“We have a great calibre of young people and future leaders in our midst and who knows, today’s young scientists could well be tomorrow’s Nobel Prize winners. I want you all to be proud of your journey and for making it this far, you are all winners,” said Khoza.

At the expo, which is endorsed by the Departments of Public Enterprises, Basic Education and Science and Technology, learners presented their science projects to a panel of judges that included professionals from the private sector, academics and scientists. - SAnews.gov.za