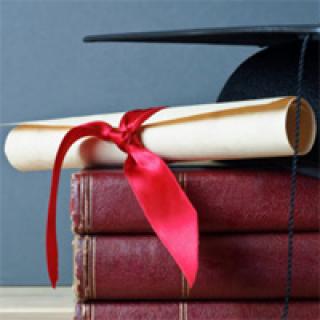 Calls for free tertiary education for poor South Africans are gaining momentum ahead of the release of the findings of the Fees Commission later this month, but how this might be achieved remains unclear.

In the meantime, institutions need to do everything they can to make their degrees more accessible to poorer students said Associate Professor Mills Soko, head of the UCT Graduate School of Business (GSB). And the GSB is putting its money where its mouth is. This year, it has made a record R4.6 million in funding available for scholarships for the 2018 academic year – which translates to roughly 20 full-time MBA scholarships or 40 part-time scholarships.

“Our country and continent need more skilled men and women in business to help grow the economy while also advancing the social agenda,” said Associate Professor Soko. "As a top school, located in a dynamic emerging market, we have a responsibility to ensure that we are training a diverse pool of future leaders who are equipped with the skills and attitudes to move this continent forward. It is not right that many talented students are excluded for not having enough money to pay their fees.”

Associate Professor Soko explained that the school had pooled resources from the GSB Foundation - an independent trust that works with alumni of the school to raise funds in support of expanding access to education at the GSB - and other existing scholarship money, to make additional funds available for next year’s intake, and is encouraging historically disadvantaged South Africans and African citizens to apply.

Why study at GSB?

“For many students, studying at the GSB is the opportunity of a lifetime as the school is internationally renowned and is one of just three business schools in Africa with triple-crown accreditation, with endorsements from EQUIS (the European Foundation for Management Development), AACSB (The Association to Advance Collegiate Schools of Business), and AMBA (The Association of MBAs),” said Segran Nair, Director of Open Academic Programmes at the school. The GSB has been rated the top business school in Africa, nine years in a row, by the prestigious Eduniversal Rating Agency.

Why do an MBA?

“An MBA is a big investment that can be expected to pay big dividends - both personal and professional - for graduates,” he added. “But we know that many high potential students are not even applying because they lack the finances.”

Nair said that this has galvanised the GSB to shake up its systems and processes not only to make more funds available for scholarships, but also to allow students to apply for funding at the same time as they apply for a place on a programme.

“Previously, only students who had already been accepted onto an academic programme could apply for funding. But we have streamlined the system so that once an applicant demonstrates their intention to study, they can apply for a scholarship right away,” said Nair.

Aniqah Mayman, Acting Marketing Manager at the GSB, said this is the first time that the GSB has run a targeted campaign to promote scholarships at the school, which is in line with its objective of increasing student diversity. “We pride ourselves on being a world-class university, but firmly rooted on the African soil. This means we need to represent the market we are serving. Each year we strive to recruit a diverse cohort of students, representative of race, gender and nationality,” she said.

“We encourage applicants to get their funding applications in sooner rather than later, and not wait until they find out that they have been accepted. A GSB scholarship can make a huge difference in students’ lives. It reduces their stress, lifts a weight off their shoulders and lets them concentrate fully on their studies.”