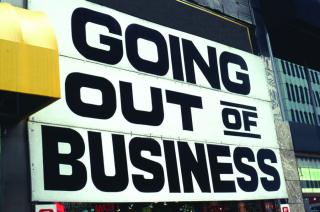 With several businesses facing the bleak prospect of shutting down as a direct consequence of the COVID-19 pandemic, President Cyril Ramaphosa has urged that such decisions be carefully taken.

Writing in his weekly letter on Monday, the President said these decisions should be taken with due regard to balancing the sustainability of companies and the livelihoods of workers.

“It is important that whatever is done is underpinned by ensuring a just transition to all concerned,” the President wrote.

The pandemic has left the country’s economy in a precarious position since the first case was confirmed in South Africa on 5 March. South Africa has been on various levels of lockdown since 27 March in an effort to curb the spread of the virus.

“Our economy is in the throes of the anticipated fallout from this global crisis. The predictions of businesses shutting down and jobs being lost are materialising,” President Ramaphosa said.

Last week, a number of companies announced plans to retrench staff. These companies, which ranged from aviation to construction, entertainment and leisure to hospitality, indicated the intention to retrench staff due to heavy losses incurred over the past three months. In other cases, businesses are closing permanently. Small businesses, whose turnover has been wiped out, will be even harder hit.

The President said for a country such as South Africa, which was already facing an unemployment crisis and weak economic growth, difficult decisions and difficult days lie ahead.

With Finance Minister Tito Mboweni expected to table a revised national budget in Parliament this week, the President conceded that revenue has plummeted.

“Difficult decisions will be made in the coming weeks and months, as we seek to reprioritise our programmes, manage public spending and scale back on projects where necessary.

As more economic activity resumes, the President said, struggling businesses will be playing catch-up to recoup lost productivity and revenue for some time to come.

“As much as we seek to protect current jobs, we also need to create new ones, and attract new, greater levels of investment. It is imperative that we open avenues for self-employment and entrepreneurship, especially for young people,” he said.

In the past two years, the business community has made commitments to invest in various businesses in the country.

“It is our hope that our business community and international investors will honour the investment commitments made in a number of forums, such as the South Africa Investment Conference,” said the President.

“Coronavirus has resulted in companies around the world re-evaluating their investment and expansion plans, and we must anticipate that some of these commitments may be scaled back and even cancelled. South Africa still has great investment opportunities and assets to invest in.”

He said the government remains optimistic normalcy will gradually return.

“As we forge ahead with the economic reform measures embarked upon earlier this year, the growing investment levels we were seeing before Coronavirus hit will slowly but surely return,” said President Ramaphosa.

He welcomed announcements last week that Amazon was on a drive to hire up to 3 000 South Africans for a variety of positions.

He also expressed delight at developments that local energy storage company, Metair, has secured a number of contracts from Ford Motor Company, and that the pan-African cloud and data solutions entity, Africa Data Centres, has acquired a hi-tech data centre in Johannesburg.

Several catalytic infrastructure projects in water, transportation, energy, digital infrastructure, human settlements and agriculture are set to be showcased at the inaugural Sustainable Infrastructure Development Symposium of South Africa, which will be held on 23 June 2020.

Through the delivery of sustainable and fit-for-purpose infrastructure, he said, the government is able to meet its developmental aspirations and revive economic activity, while also creating critically needed jobs.

“This infrastructure investment forms an integral part of our recovery effort. This will be bolstered by the reduction of interest rates by the South African Reserve Bank, support extended to businesses during the pandemic and regulatory relief for the financial sector, among others,” President Ramphosa said.