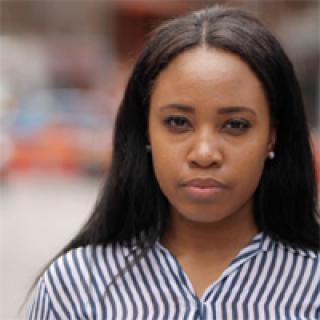 Minister in the Presidency Responsible for Women, Bathabile Dlamini, has called on all participants at the Jobs Summit to ensure that women are at the centre of all deliberations to unfold during the meeting.

“Following the announcement by the State President for the country to take extra ordinary measures to create jobs, all participants in the Jobs Summit are urged to consider that women continue to be paid less than their male counterparts who do the same, and sometimes less work,” Dlamini said on Thursday ahead of the start of the Jobs Summit.

Dlamini noted that women are disproportionately over represented in industries with the highest numbers of workers earning less than R20 per hour.

According to the latest statistics from the Office of the Statistician-General, women, particularly Black women, are less likely to participate in the labour market.

The Minister said this can be attributed to, amongst others, gendered exposure/s to education, historic trivializing of women’s work, the exclusion of women from formal work, and/or the systematic segregation of women into the lower working classes.

The Minister also noted that the transformation of the South African regulatory labour landscape will be characterized by the salary increase of approximately a third of employees in the lowest paying sectors, which amounts to about 6.6 million workers.

Noting that the large majority of these workers are women, Dlamini said it is important that extraordinary measures to create jobs consider the concept of a national minimum wage in relation to the gender pay gap, and the overall socio-economic emancipation of women.

However, Dlamini said that the debates on measures to accelerate job creation should not be limited to gender wage gap.

“Rather, legislative successes such as the minimum wage should be viewed as they are intended: as a complementary component of the wider national labour law framework. This includes the Basic Conditions of Employment and Labour Relations Amendment Bills, other social and employment laws and policies, and collective bargaining processes,” the Minister said.

The Jobs Summit, which kicks off today, will bring together government, business, labour and community organisations to advance job creation.

The two-day summit will provide a platform for open discussion on the challenges faced by each social partner in the creation of jobs. High-impact interventions to drive job creation, job retention and economic growth will be the focus of the much anticipated summit