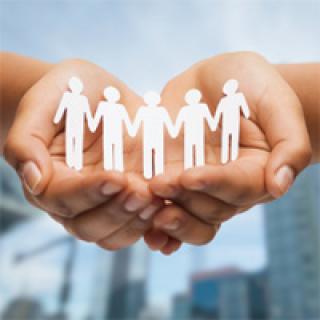 “I implore you to use your decades of experience and deep knowledge of our communities to guide our new and young social workers entering the system,” he said.

Addressing a long service awards ceremony honouring 196 veteran social workers and other professionals today, MEC Fritz stressed that staff with decades of experience under the belt should give the necessary guidance to those who are entering the social development field.

The department is paying homage to staff who have loyally served the province and its communities for 10, 20, 30 and 40 years respectively.

MEC Fritz said there was an increased need for senior officials to play a leadership role in communities plagued by social ills and to pass on their knowledge and skills to the younger generation.

The MEC -- who recently paid a visit to the families of two brutally murdered Cape Flats girls - 13-year-old Rene Roman from Lavender Hill and 11-year-old Stacha Arendz from Tafelsig, who died in separate attacks -- said the challenges facing young social workers are far more complex than before.

Rene’s decomposed body was discovered last month in a wendy house near her home, following two weeks of intense search operations by relatives, community members and police. Similarly, Stacha also went missing in Tafelsig last month after she left her home to watch a movie at a friend’s house in the same street where she lived. Her naked body was found in a field the following day.

“In light of the increasingly violent nature of the cases we respond to lately, whether it be on issues of child protection, youth development, substance abuse and gender based violence, our veteran officials have a wealth of knowledge that can only benefit and guide new entrants to the social worker systems, he said.

The MEC said ideally, the department would want to recruit far more social workers but highlighted the fact that budget constraints were a major obstacle.

The department currently has a staff compliment of 979 social workers, many of whom are specialists in key development areas, such as children, people with disabilities, victim empowerment and older persons. - SAnews.gov.za-TLM