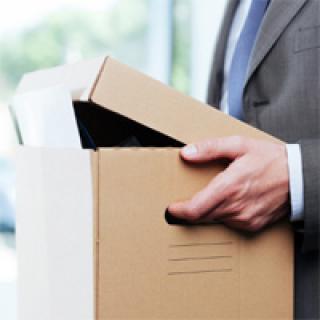 Can an employee who makes a false allegation of racism against another employee can be dismissed?

In the recent case of National Union of Metalworkers of South Africa obo Baloyi and Others v O-Line (Pty) Ltd (2019) 28 CCMA the Commission for Conciliation, Arbitration and Mediation (CCMA) had to determine the above issue.

The facts of the matter are briefly as follows. Gift Baloyi, Laurens Ndlovu, Jabulani Mabunda and Frans Ndlovu (collectively, the employees) were employed at O-Line (Pty) Ltd. They were caught playing cards outside of O-Line’s premises during their tea break.

The Chief Executive Officer of O-Line, Mr Smart, drove past the employees in his vehicle and reprimanded them for playing cards outside of the premises. The employees allege that Mr Smart swore at them, called them idiots and made a racial comment.

The employees attempted to meet with the CEO to discuss the incident.

Aggrieved by his conduct, the employees reported the incident to their shop steward at the National Union of Metalworkers of South Africa (NUMSA) who advised that they complete a grievance form to report the CEO’s conduct.

The grievance, which pertained to the allegation that the CEO made a racist comment, was completed but the NUMSA official never submitted it to the employer.

The employees were called to a disciplinary hearing on 17 October 2018 for their misconduct relating to the card game. The employees were found guilty of insubordination and issued with a final written warning.

On the morning of the disciplinary hearing, the NUMSA official told the employees that he “forgot” to submit the grievance form and that they should submit it that same day. O-Line did not believe the substance of the grievance.

A second disciplinary hearing was held during which the employees were charged with deliberately supplying incorrect and/or falsified information regarding the CEO’s statements to the employees. This resulted in the employees’ dismissal.

The employees referred a dispute to the CCMA for arbitration.

They alleged that the CEO had uttered a racial comment, swore at them and called them “idiots”. They also alleged that some of these comments were made in Afrikaans.

O-Line presented evidence that these accusations had to be false because the CEO denied saying them. In addition O-Line argued that the CEO was English speaking and did not understand Afrikaans. They submitted that it was unlikely that he would make comments in a language that he does not understand. The commissioner had asked the CEO to read some of the comments he was accused of out loud. He did so with much difficulty.

The commissioner questioned why the employees had only brought the grievances on the same day as their disciplinary hearing. He held that it was highly probable that the NUMSA officials had advised the employees that if no disciplinary action was taken, no racial allegations should be made. They were in essence aiming to rely on the racial allegations as a defence to the disciplinary hearing. The commissioner also stated that NUMSA officials are well aware of the different avenues available for relief in such circumstances, none of which were utilised by NUMSA or the employees.

The commissioner held further that on a balance of probabilities, the employees were guilty of making false allegations.

When considering whether dismissal was justified, the commissioner looked at the gravity of the charges against them. He held that an accusation of racism in today’s society could cause irreparable reputational damage as well as end the CEO’s career at the employer. The employees showed no remorse for their conduct and as such, their dismissals were both substantively and procedurally fair.

The making of unsubstantiated allegations of racism against another in the workplace amounts to serious misconduct and may lead to dismissal.