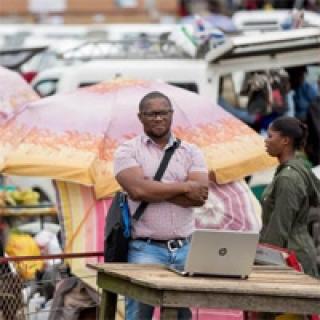 South Africa has been well known for its entrepreneurial spirit. The incredible successes of businesses like Discovery, Black Like Me, Nandos and most recently, Get Smarter, have encouraged many South Africans to see starting their own businesses as a desirable and achievable goal. But it’s not enough.

This year's Global Entrepreneurship Monitor (GEM) – which annually surveys the state of entrepreneurship in 60 plus countries around the world – has revealed that significantly fewer South Africans believe that they have either the opportunity or the capability to start their own business.

“This year's study found that only 37.9% of South Africans believe that they have the required skills and knowledge to become entrepreneurs,” said Mike Herrington, Executive Director of GEM and co-author of the South Africa report. “This is down from 45.4% last year.

He adds that South Africa's performance is dismal when compared to the global average of just over 50%. It ranks South Africa 55th out of 62 economies surveyed.

“We believe that the current political and economic malaise in the country has seriously dented the fragile entrepreneurial spirit in the country helping to accelerate the decline of this critical sector that we look to, to create much needed jobs in the country,” said Penny Kew, co-author of the report.

Only 35% of South Africans now believe that there is a good opportunity to start a firm in the area in which they live, compared to 40.9% last year.

More disconcertingly, the number of South Africans of working age who intend to start their own business within the next three years has fallen by more than a third compared to 2013, and almost halved since 2010.

This figure is way below the African region as a whole, where 41.6% of people of working age intend to become entrepreneurs. It is also less than half of the 26% of people in similarly structured (efficiency-driven) economies around the world who plan to open their own firms.

The GEM measure of Total Early-stage Entrepreneurial Activity(TEA), which looks at actual participation in the entrepreneurial process, has also been declining sharply. By this measure, South Africa has fallen from 22nd out of 69 countries in 2012 to 46th out of 65 countries this year.

“This suggests that although fewer entrepreneurs were engaged in TEA in 2016, these individuals are pursuing an opportunity, rather than being pushed by necessity,” said Kew. “This is significant because it is these businesses that are most likely to generate jobs and help to grow the economy.

“For policy makers and service providers to stimulate and support new generations of entrepreneurs – especially opportunity-driven entrepreneurs, they must identify and reduce the factors that are putting people off starting their own business. It is clear that in South Africa, even if the potential returns from entrepreneurship are considerably higher than the best alternative, the perceived risks involved may be too high for an individual who is thinking about starting a business.”

The report argues that this is due to a number of factors such as the administrative burden of red tape, onerous labour regulations, access to resources, corruption, political uncertainty and the competitive environment.

Given the key societal challenges South Africa faces, including rising unemployment and a widening gap between rich and poor, it is critical that this situation is addressed.

“Encouraging entrepreneurship and supporting small businesses are vital in stimulating the economic growth that the country so urgently needs,” said Kew.

“A weak job-creating capacity that has led to chronically high unemployment and – even more significantly –under-employment has been a critical contributory factor in the country’s persistent poverty and inequality,” Herrington said. “Unemployment is currently at its highest level, with youth unemployment at over 65%, and everyone acknowledges that this is not sustainable.”

Herrington acknowledges that this is not a warning that people want to hear. “In government and in organisations that are dedicated to boosting entrepreneurship there is a resistance to the bad news and a tendency to focus on the quality of entrepreneurship while ignoring the implications of a dwindling pipeline in the macro picture,” said Herrington.

“GEM data show starkly that we have too few entrepreneurs and too few people who want to be entrepreneurs. And of those that do take the plunge, few survive for longer than three and half years. So even though the quality of South Africa’s entrepreneurs is better than in the rest of Africa, there are still not enough of them.

“Data from South Africa’s economic peers show that it is possible to do much better than this. Having clarity about the problem frees us from debating the science and helps us to focus on what we must do about the problem,” he said.

GEM is the world's longest running research project on entrepreneurship. It covers more than 60 economies and measures how working age populations view entrepreneurship as well as their intentions around starting their own businesses. South Africa has participated in the survey for the last 15 years.