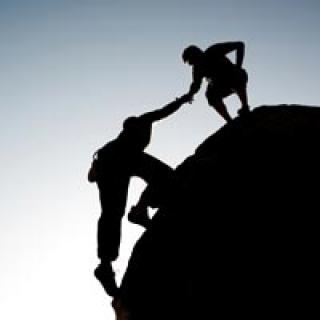 by Sue Welman, director of True North Coaching and Facilitation

The news of Lindiwe Mazibuko?s departure from the DA, and the subsequent
press storm, quickly became a PR nightmare for DA leader Helen Zille. Then
again, it?s not as if the newspapers have been any kinder to her political
counterparts: as many headlines have been devoted to Julius Malema?s tax
issues as to Jacob Zuma?s Nkandla-related tribulations.

Each of these leaders would have benefited from the input of a business
coach. This might seem a contrary statement; after all, coaching is usually seen
as a tool for people hoping to improve their performance, something that?s most
suited to junior or mid-level employees.

In reality, those at the top of their game are just as likely to benefit. Think of
it this way: even Usain Bolt, known as the fastest person ever, is constantly on
the lookout for ways to shave minutes off his time. In the same way, even those
people who have reached their professional pinnacle may find that they have
areas that can be improved upon.

Perhaps they?ve proved themselves as effective leaders, capable of inspiring
staff and consequently reaping the rewards of increased productivity and
profitability - but their softer approach leaves board members feeling
unconfident. Or maybe they?re grappling with the challenges of a restructure
which has affected staff morale, to the point where the company is losing valued
members of staff. In another scenario, perhaps their vision for the company is
spot on, but they?re unable to effectively communicate it to staff.

In each of these instances, coaching can help the executive clarify how to
address the challenge they?re faced with. At True North, one of the ways we do
this is by asking incisive questions which enable the executive to approach
problems from a fresh viewpoint; we enable a mind shift making it possible to
consider issues from a new perspective.

This is important, because each of us has an entrenched approach, shaped
and reinforced by our experiences and background, which informs our way of
doing things. Considering issues from a new angle means that we are able to be
more effective and achieve better results. Or, be able to adapt according to the
needs of each and every situation we are faced with - respond to vs react to.

Coaching isn?t a magic panacea that will immediately make you better in
every area of your job. It will, however, equip you to work through the blind
spots that hinder your effectiveness. The ultimate result? An improved ability to
communicate; better conflict resolution skills; more flexibility - and therefore
greater effectiveness - when it comes to decision making; and increased
influence and impact.

What do you think?
Would you get a coach?