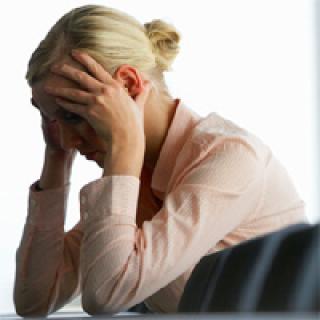 The CCMA has updated its guidelines on misconduct dismissal arbitrations in terms of the provisions of the Labour Relations Act (LRA). Despite the fact that these guidelines have been in existence since January 2012 many employers are still not familiar with them.

The stated purpose of these guidelines is to “…promote consistent decision making in arbitrations dealing with dismissals for misconduct.” The guidelines spell out in detail the procedures that arbitrators are to use when arbitrating cases where unfair dismissal on the grounds of misconduct has been alleged. The guidelines also set out some basic principles and factors that arbitrators are to take into account when deciding on whether a dismissal is procedurally and substantively fair. The gazetted document states that the guidelines constitute CCMA policy but is silent as to whether or not the guidelines apply to arbitrators outside of the CCMA. That is, the document does not state whether arbitrators on the panels of bargaining council dispute resolution centres and of other dispute resolution forums accredited by the CCMA are obliged to follow these guidelines. It would make sense for all bodies accredited by the CCMA to arbitrate dismissal disputes to be required to follow the policy of the institution with which they are accredited. As the document does not define its scope the result could be inconsistency between CCMA and non-CCMA arbitrations in the way that they are handled and in the awards themselves.

The LRA contains a large number of very big and crucial legal gaps. This fact, together with the fact that the concept of what is and is not ‘fair’ is heavily influenced by the views of each arbitrator, has historically rendered the labour law jungle an extremely dark, uncertain and dangerous place for employers to be. It is therefore high time that a document was put together to clear up these uncertainties. While the CCMA Guidelines do not entirely fulfil this function they do go some way towards clearing up some uncertainties as regards the law of fair misconduct dismissal.

The guidelines further require commissioners to interpret and apply the LRA and other legislation in accordance with judicial decisions that are binding on the CCMA and that the most recent binding decisions of the highest court must be followed by Commissioners. These include decisions of the Constitutional Court, the Supreme Court of Appeal, Labour Appeal Court, High Court and Labour Court.

The guidelines deal with a wide spectrum of aspects relating to misconduct dismissal cases. These aspects include, amongst others, the manner of conducting the arbitration hearing, the nature of the arbitration, requirements for different stages, explanation of the inquisitorial approach as opposed to the adversarial approach, rules for the assessment of evidence by arbitrators, the components of substantive and procedural fairness, the role of the employers’ disciplinary procedure and code and discipline of trade union representatives. The guidelines also reinforce the principle that the legal onus is on the employer to prove the fairness of the dismissal.

It still remains to be seen whether the “consistent decision making” desired by the CCMA will be achieved and whether fewer reviews at the Labour Court will be successful. However, I am optimistic that if these guidelines are taken seriously by Commissioners, arbitration awards will begin to be more consistent and less reviewable.

My company is holding a fully comprehensive seminar covering this topic on the 23rd of October, to assist employers to obtain a fuller understanding of the content and meaning of these guidelines and thier significance. Contact us to make a booking”.