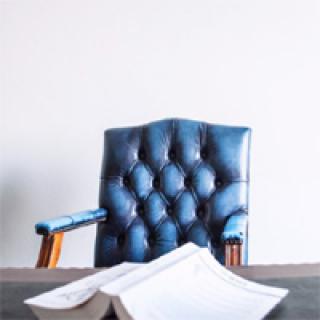 The past few weeks and months have seen arguably the biggest exodus and purge of leaders from the country’s top companies and SEOs in recent history, with more heads expected to roll in future. Some are justifiably walking the plank, due to egregious performance in one way or another. Others have become the ‘fall-guy’ for unhappy shareholders, or are departing voluntarily after recognising the ship they are captaining is un-steerable.

Beyond the clear crisis playing out in SA boardrooms, this development also underscores the need for senior leaders being offered plum positions to first do their own due diligence on a company and role, as failure to do so can lead to unforeseen and sometimes undeserved reputational harm, an expert warns.

“Over the past year or two, we have seen a greater than usual number of CEO exits, with some top leaders voluntarily stepping down from public and private organisations, as their inability to reconcile their mission with the on-the-ground realities of a position became clear,” says Debbie Goodman-Bhyat, leadership strategist and founder of Jack Hammer, Africa’s largest executive search firm which recently expanded its footprint to the USA.

She says although circumstances across the various incidences differed, there was one clear lesson that emerged: the need for senior and chief executives to do more due diligence of their own prior to joining new organisations.

“The environment has changed dramatically, and even the most enthusiastic and able of leaders have had to contend with insurmountable externalities that may impact their ability to be successful in their roles,” says Goodman-Bhyat.

“Consider when many of the recently departed CEOs joined their new organisations. Each one of them were celebrated and hailed as champions at the time of their appointment. So confident and optimistic was SAA’s Vuyani Jarana when he embarked on the embattled national carrier’s turnaround strategy, that he famously made a bet to donate R100 000 to charity should he not succeed with his three-year plan.

“Yet here we are, not even two years later, and Jarana is leaving the building, reportedly because of a lack of support, slow decision-making, and blurred lines of accountability.”

Goodman-Bhyat says senior leaders should carefully scrutinise and evaluate the teams they will be joining, and do a pre-emptive assessment of their likelihood of success before accepting an offer, no matter how sweet.

“Keep in mind that there are three key stakeholders at the helm of leading any sizeable organisation: the Board, tasked with governance, oversight and key decisions such as the appointment of the CEO and other board members; the shareholders, who hold the board accountable for their decisions, and the CEO. Healthy tension and relative independence among these three parties are critical for ensuring the sustainable growth of an organisation.