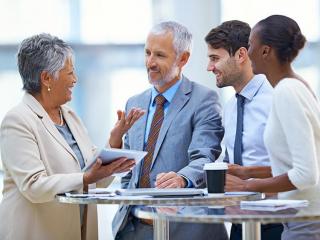 Whether an employer may unilaterally change an employee’s retirement age and, if it does, whether doing so would amount to automatically unfair dismissal and result in unfair discrimination.

Should the employer do so and terminate the employee’s employment, the dismissal may constitute an automatically unfair dismissal and amount to unfair discrimination.

In the case of BMW (South Africa) (Pty) Ltd vs National Union of Metalworkers of South Africa and Another (2020) 41 (ILJ) 1877 (LAC) the Labour Appeal Court (“LAC“) had to consider the above issue. The facts of the matter are briefly as follows: Mr Deppe was employed by BMW for nearly 31 years.

At the time he commenced his employment with BMW, the retirement age stipulated in the staff handbook was 65 years. Whilst his contract of employment did not stipulate an age for retirement it did refer to company policies which included the handbook.

Mr Deppe was a member of the BMW Pension Fund (“Fund“). When he joined the Fund, its rules also stipulated that the age of retirement was 65 years.

On 1 February 1994 the chairman of the Fund announced that there would be a change in the retirement age from 65 years to 60 years. However, the chairman allowed the Fund members who were already over 50 years of age to indicate whether they wanted to retire at 65 years or 60 years. Mr Deppe, who testified that he was not yet 30 years old at the time, indicated he wished to retire at 65 years.

He completed a survey which recorded his wishes as such. Mr Deppe’s unchallenged evidence was that he returned a hardcopy of the survey to BMW. He testified further that he chose to retire at 65 years because he wanted to keep his options open in case he were to decide to retire earlier in the future. This evidence was also left unchallenged.

On 28 March 1995 an inter-office memorandum which confirmed that the retirement age had been amended to 60 years.

The memorandum also indicated that employees who wished to retire at 65 years would be able to do so, regardless of their age at the time of making the election. Mr Deppe confirmed receipt of this document but did not view it as being applicable to him because he had already expressed his choice in the survey. Approximately two months later BMW issued a managerial notice which was placed on its noticeboards and recorded the change in retirement age.

Employees were invited to communicate their concerns with the change to the Personnel Department.

In 1995 BMW changed Mr Deppe’s retirement age from 65 years to 60 years and the Fund rules were amended to reflect this. Mr Deppe was first alerted to this change when he received his 1995 pension benefit statement. He assumed that this had been a mistake and raised the issue with Ms Greyling, a secretary at the time. Ms Greyling undertook to rectify the issue but never did. Subsequently, Mr Deppe objected on five occasions to the change in retirement age, even raising a grievance regarding the issue.  His retirement age was not changed.

On 31 October 2015, Mr Deppe was forced to retire when he turned 60. He referred a dispute to the Labour Court challenging the fairness of his dismissal.

It emerged during the proceedings that in 1997 provident fund members were given an election to change their retirement age unlike pension fund members, such as Mr Deppe. It also emerged that Mr Deppe had not been given the same election before BMW did so, without his consent.

The Labour Court held that Mr Deppe’s dismissal constituted an automatically unfair dismissal in terms of section 187(1)(f) of the LRA and amounted to unfair discrimination based on age in terms of section 6(1) of the Employment Equity Act 55 of 1998 (“EEA“). BMW took the Labour Court’s judgment on appeal to the LAC. The issues of the remedy and cross-appeal will not be dealt with in the article.

The LAC found that Mr Deppe was not given an opportunity to change his retirement age and did not acquiesce to any such changes. To the contrary, he made his wishes known on a number of occasions that he wanted to retire at 65. He never abandoned his objections to the lowering of his retirement age.

The LAC also found that had Mr Deppe not reached the age of 60, he would not have been dismissed. While the LAC found that Mr Deppe’s contract of employment allowed for his retirement age to be changed BMW chose to provide its employees with an election. Mr Deppe was however excluded from exercising such an election.

In the circumstances, the LAC found that Mr Deppe had made out a prima facie case that his dismissal was automatically unfair as BMW had discriminated against him on the grounds of age. Whilst BMW argued, in terms of section 187(2)(b) of the LRA, that Mr Deppe was dismissed because he reached the normal age of retirement of employees in the industry, the LAC found that the normal retirement age applies when there is no agreed retirement age between the employer and employee.

If the age of retirement is changed without the employee’s consent and he is subsequently ‘retired’ at such earlier date this may amount to automatically unfair dismissal and unfair discrimination. In the absence of consent, an employer cannot unilaterally change an employee’s retirement age.