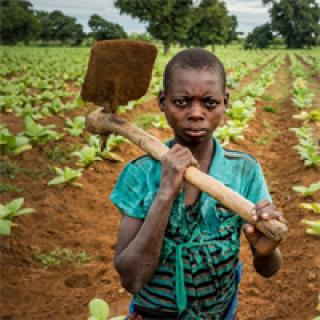 Agriculture is the largest sector for child labour practices where most children worked as unpaid family members according to Labour Minister Mildred Oliphant.

"Child labour is a scourge that cries out to heaven for decisive action by all role players in the labour market and the world over,' said Oliphant

According to the Basic Conditions of Employment Act, it is a criminal offence to employ a child younger than 15 years, except in the performing arts with a permit from the department.

Children aged 15 to 18 may not be employed to do work inappropriate for their age, or work that places them at risk.

The Act further states that any work performed by a child should not be exploitative, hazardous or otherwise inappropriate for the child's age, detrimental to the child's schooling or to the child's social, physical, mental, spiritual or moral development.