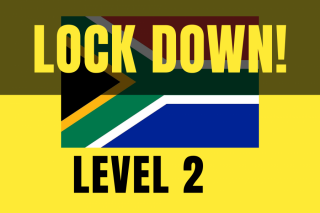 Now that the country has moved to level 2 of the lockdown and the restrictions on the sale of alcohol and tobacco have been lifted, the government has called on all South Africans to use alcohol responsibly following multiple fatal road accidents.

“It cannot be acceptable that three Tshwane Metro Police Department (TMPD) officers are among the people who died in alcohol-related vehicle accidents, which occurred in Gauteng this past weekend.

“Government sends its condolences to the families and loved ones of the three officers who died in such a tragic manner,” said Government Communications (GCIS) Director-General, Phumla Williams, in a statement on Monday.

President Cyril Ramaphosa announced last week that the country would move to alert level 2 of the lockdown to further open up different sectors of the economy. This after more than 5 months of stringent product bans and restrictions on movement, leaving the country to balance saving lives and the protection of livelihoods during the COVID-19 pandemic.

At the time of his address to the nation, President Ramaphosa reminded South Africans to continue exercising caution during alert level 2 and remain ever-vigilant to prevent a spike in infection.

Williams said that it was tragic that all the progress the country has made towards containing the spread of COVID-19 is being dampened by multiple reports of alcohol abuse, recklessness and fatal car accidents.

Police have confirmed that 740 suspects, including two police officers, have since been arrested for drinking and driving.

Williams said that while many South Africans use alcohol responsibly, the government and society cannot passively witness lives being destroyed as a result of alcohol abuse.

“We have noticed that some people do not abide by alert level 2 regulations, which place restrictions on gathering. We urge law enforcement authorities to play their role in bringing the culprits to book.

“In the midst of a pandemic, it cannot be acceptable that healthcare workers in our hospitals have to deal with high numbers of cases at trauma units as a result of alcohol.

“Although the government is committed to addressing societal issues such as alcohol abuse and the carnage on our roads, ultimately, these issues are everybody’s responsibility,” said Williams.

Williams said that the Government continues to appeal to the liquor industry to strengthen its current efforts to curb alcohol abuse.

“Alcohol abuse is also often at the heart of contact crimes, which include murder, attempted murder, sexual offences, assault resulting in grievous bodily harm, common assault and robbery,” Williams said, adding that some families risk being destroyed because of the extent of alcohol abuse.

She continued by saying that an estimated 70% of domestic violence is associated with alcohol.

“Law enforcement agencies are urged to do their part through visible enforcement, but more importantly, we urge road users, especially drivers, to take extra care and exercise the utmost vigilance on the road.

“We welcome the call from Police Minister Bheki Cele for police to be tough on alcohol consumption and driving,” she ended.