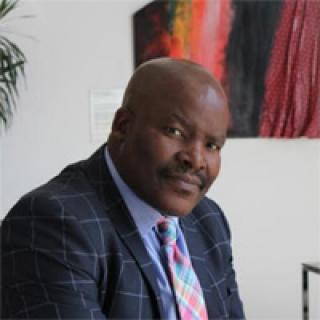 Much of the discussion around emerging technologies centres on their benefits to business, and their knock-on effect for advancing global economies, and in South Africa, the conversation will often redirect to focus on the skills shortage. This lack of vital resource is seen as stemming from insufficient preparation of workers, particularly among the youth (aged 15 – 34), by education and industry for a job market suited to the Digital Age.

Young South Africans are already suffering a disproportionately high rate of unemployment ( 40.3% vs the national average of 29%), which ranks among the highest in the world. For the country to remain competitive, there is an urgent need to rectify the 2018 World Economic Forum finding that the share of the workforce in sub-Saharan Africa high-skilled employment is just 6% in comparison to the global average of 24%. These figures are troubling, but the situation is not hopeless. Emerging technologies – the very elements driving fundamental socio-economic change – are a potential solution to bridge this gap, effectively and efficiently. This is especially true for cloud with its immense, and widely accessible computing power.

The shortfalls of traditional education avenues

It barely needs restating that many South African government schools lack the resources for effective, relevant STEM education, with reportedly just 29.2% having a library and 18.3% a science laboratory. Given that a considerable proportion of schools still lack electricity and other basic facilities, efforts to uplift this in the form of CSI initiatives are constrained and unlikely to positively impact every learner. At a higher education level, over half of the country’s youth cannot afford to study further, while 18% were denied entry to these facilities due to poor academic performance. This is according to Statistics South Africa.

With traditional educational avenues limited or inaccessible, it will be up to many young people to educate and equip themselves for the future world of work in whatever manner they can. Fortunately, self-learning and self-development dovetail beautifully with digital technologies, and cloud, in particular.

Self-determined learning, or heutagogy, breaks from traditional instructional methods to be both autonomous and proactive at an individual level. Its embrace can be seen in the explosion of digitally enabled mobile learning, introducing a new era of heutagogy-turned-cybergogy where learning is facilitated in virtual classrooms.

Online learning platforms, like Coursera and Udemy, as well as many physical institutions, like the University of Cape Town locally, are now offering online courses. A large percentage of these offerings are focused on the digital skills critically important to the success of the Fourth Industrial Revolution, like UX design and data science.

With such educational choices both monetised and free, a greater number of students are gaining access to relevant studies regardless of their physical location. They are also typically liberated from rigid classroom times, allowing students to study according to their schedules.

From an institution perspective, the move to online accommodates more students and provides a highly-valued personalised learning experience, while aiding in the continued organisational drive to lower capital expenditure. By utilising cloud platforms to enable such services, instead of setting aside funds for physical onsite infrastructure and its support, universities can transfer their spending from CAPEX to OPEX, and enjoy a heightened level of flexibility and scalability – paying only for what they use.

These benefits can, in turn, be passed on to students, keeping tuition costs down. Advanced platforms, like Oracle Student Cloud, also have the built-in capability to further empower students, using artificial intelligence to provide automatic guidance and course recommendations based on individual data profiles.

In South Africa, Stellenbosch University, earlier this year selected two cloud-based systems to replace its ageing financial and student information systems as part of its ongoing System Renewal Project. Scalable and integrated, these platforms are designed to seamlessly support the university’s functions for the foreseeable future while saving costs in the long run.

Greater than the sum of the parts

It’s also worth noting that online learning environments are powerful collaborative hubs, driven by the principle that working with peers will enhance learning, skills building and competencies.

One other point to note is how cloud-enabled, emerging technologies can add credibility to the academic efforts of self-motivated learners, enhancing their employability potential. At Central New Mexico Community College, a higher education institution serving 23 000 students, Blockchain technology is being used to create tamper-proof academic records in digital form that are verifiable anywhere in the world. No longer is integrity tied to an easily lost or forged graduation certificate in physical form.

A different world requires a different approach to education

The world of work is changing, and it makes sense to use the very same technologies powering that shift to prepare the workers of tomorrow and future-proof jobs for the youth of South Africa. There are challenges, of course, such as widespread access to high-speed digital channels of communication, given the high price of mobile data in South Africa. However, with fibre rollout finally reaching beyond the major metros to township areas, starting in schools and other government facilities, this situation may change in the near future.

In line with the skills needs of tomorrow, technology-enabled cybergogy is likely to be the intuitive, natural fit for the digital-native generation. Cloud solutions will underpin this education model’s effectiveness – helping to create a sustainable, economically-sound South Africa in the process.