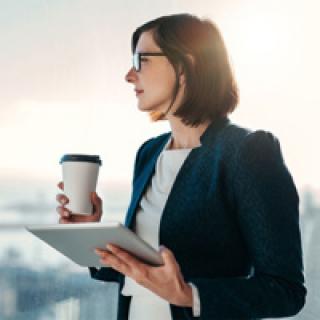 In honour of International Coaching Week which takes place from May 7 to May 13, and, in honour of all professional coaches the world over, this month’s theme will explore this constantly evolving discipline in a quest to educate members of the public who are interested in knowing more about it.

What also inspired me to conceptualize this theme are some of the messages that I receive in the inbox of my official page @HigherSelfCoaching on Facebook. One message went something like this, “I don’t know what you do exactly, but I think I need your help”.

This lack of knowledge about the coaching profession then usually translates, in my experience, into attitudes and actions that attempt to devalue it in subsequent interactions. It is therefore incumbent on professional coaches to also raise awareness and educate the public about coaching and the transformative value it holds for individuals, families and organizations.

Unfortunately, the coaching profession is not regulated in most countries, including South Africa and Lesotho, but COMENSA, the largest body in South Africa regulating the profession registered with the government as a self-regulated entity in 2014 to address the and other concerns. As a result, COMENSA members have to abide by codes of conduct and ethical standards, credentialing processes and continuing professional development based on international benchmarking. As a result of the lack of regulation, the unsuspecting public is often at risk of being coached by incompetent and unethical people calling themselves coaches when they have no business doing so. Paradoxically, the need and demand for coaching has increased exponentially globally and even in some segments of South African society, this is evident.

Going back to my prospective client in the Facebook inbox, why should they invest their hard-earned resources in a coaching programme? I’ll use the sporting profession to make my point. Think of any sporting great, from Jackie Robinson to Caster Semenya, and Serena Williams, Roger Federer and Tiger Woods in between. Think of any team sport and a soccer team like Manchester United which has rewritten the history books with arguably the best soccer coach to date, Sir Alex Ferguson. There is one central figure in all these sporting narratives, a coach. Undoubtedly, these are all naturally gifted sportsmen and women so why would they need a coach?