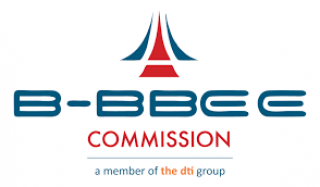 Fronting -- the misrepresentation of black economic empowerment (BEE) status and the fabrication of certificates -- will be the main focus at the Broad-Based Black Economic Empowerment (B-BBEE) Commission’s webinar today.

Deputy Minister of Trade, Industry and Competition, Nomalungelo Gina along with Commissioner Zodwa Ntuli, representatives from the Special Investigating Unit, National Prosecuting Authority and Companies, and Intellectual Property Commission will address the webinar.

The goal of the webinar is to look at all the cases that the commission has investigated since its establishment in 2016 and share it with the public.

The commission was created after the 2013 amendments to the B-BBEE Act to manage the execution of the B-BBEE Act - this includes receiving complaints as well as acting on fronting practices and other violations of the act.

The act also requires that all state departments and public entities include B-BBEE requirements in determining qualification criteria for the issuing of licences, concessions and other authorisations.

Some non-compliant entities - aided by consultants or advisors, and with the involvement of rent-seekers in most instances - devised structures and schemes to circumvent the requirements to access government opportunities, which amounts to fronting.

The schemes range from basic ownership structures, with one or two shareholders, to complex structures involving thousands of people through multiple corporate vehicles that purport to have black ownership.

In 2013, fronting and the misrepresentation of B-BBEE status became criminal offences.

As of 30 September 2020, the Commission had 822 matters, with over 80% related to fronting practices with mining, transport and construction accounting for the majority of the fronting complaints, with 386 cases having been finalised.

“The session is therefore meant to provide an update on cases of fronting and misrepresentation of B-BBEE status that have been investigated. [This forms] part of the communication strategy of the B-BBEE Commission to raise awareness of these practices, which are detrimental to transformation and criminal in nature, with a view to identify and prevent them from occurring in our economy,” said the Commission.

The focus will also be on the characteristics of these cases, the outcomes of their investigation, as well as measures that government, companies and B-BBEE beneficiaries can put in place to ensure compliance.