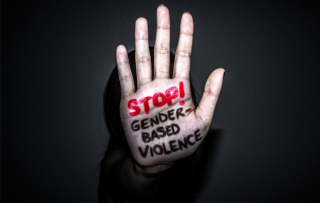 The Commission for Gender Equality (CGE) says the justice system should show no mercy for any person who commits gender-based violence (GBV).

This comes after the alleged rape of a 61-year-old grandmother and her 21-year-old daughter in Dzana Street, Dobsonville, last week.

According to a police report, unknown suspects allegedly gained access to a house after breaking the burglar bar and entered through the sliding door.

One suspect was allegedly armed with a weapon and raped the 21-year-old victim, while the second suspect raped and severely assaulted the 61-year-old grandmother in a separate bedroom. The grandmother, who was severely injured, was rushed to nearby Tshepo-Themba Clinic, where she was declared dead on arrival, police-reported after the incident.

“The rape of the grandmother and her granddaughter shows that the perpetrators of GBV are daring, and act with impunity,” said CGE spokesperson Javu Baloyi.

The commission called on the South African Police Service to ensure that the perpetrators of this heinous crime are found and dealt with accordingly.

“Women and children cannot be at the mercy of perpetrators of gender-based violence - be it in the streets or their private spaces,” Baloyi said.

He said the justice system should show no mercy for any person who commits gender-based violence and other related atrocities, as this will send a clear message to would-be perpetrators that “enough is enough”.