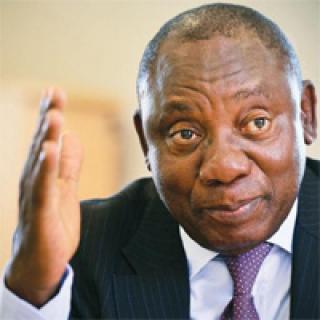 President Cyril Ramaphosa has called on companies to go out of their way to employ young graduates as a way of growing the economy.

“On this Youth Day, we call on all companies – both in the public and private sector – to make a deliberate effort to seek out unemployed graduates and employ them,” said President Ramaphosa.

Addressing his first Youth Day commemoration since taking over as Head of State in February, President Ramaphosa said the employment of young graduates will not place a great burden on individual companies.

“But if taken up on a large scale, such a call could significantly reduce youth unemployment, while bringing much needed skills and capacity into the economy. Employers need to understand that for our country to succeed, for their businesses to thrive, they must take responsibility for providing young people with the work experience they need.”

The President’s comments come on the back of National Youth Development Agency chairperson Sifiso Mtshweni’s call for companies to stop using experience as a barrier to employment.

The President said the massive investment drive that he announced earlier in the year aims to attract $100 billion into our economy over the next five years.

This as South Africa is focussing on investment into those parts of the economy that have the greatest potential for growth and the creation of jobs.

“We are focusing on investment that will create opportunities for young people in particular. If we are to make effective use of this investment, young South Africans need to be equipped to participate in the fourth industrial revolution,” he said, adding that government is investing significantly in education.

He said government is making great progress in ensuring that that no child, regardless of their circumstance, is denied access to education.

“In addition, government is working towards improving the quality of teaching and learning in schools; progress that is reflected in the consistent improvement in the matric pass rate.

“We are working both to improve the quality of education and the environment in which learning and teaching takes place. “

President Ramaphosa said emergency measures are needed to ensure sanitation in schools so that children learn in safe and hygienic environments.

“We cannot lose another young life to unsafe school toilets,” he said.

In 2014, Michael Komape drowned in pit latrine at a school in Limpopo.

“We can no longer expose our children to illness, injury and the indignity of inadequate toilet facilities.”

The President said the introduction of free higher education this year is a great victory for South Africa.

“This is a great victory for young people. It is a vindication of struggles that have been fought over many years for quality education that is free, accessible and relevant. It will have a far-reaching effect on the lives of millions of youth, enabling them to acquire skills, find employment, build careers and enjoy an improving quality of life.”

He said through this, the cycle of poverty will be broken and the economy will draw from a far larger pool of knowledge and expertise.

The President appealed to the youth to learn from the legacies of President Nelson Mandela and Mama Albertina Sisulu.

Many young people braved the chilly weather to attend the 42nd anniversary of that fateful day in 1976.

While that day in undoubtedly went down as one of the darkest in the country’s history, as dozens of students were mowed down by apartheid forces, today the atmosphere in Soweto -- which was the hotbed of the youth revolution -- was one of hope, illuminated by multitudes of South Africans, and international visitors, united in common purpose of working towards a socio-economically empowered youth. – SAnews.gov.za