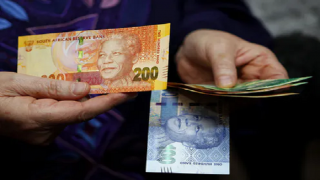 The Compensation Fund announced on Tuesday that it has received 7 966 Covid-19 claims to date.

Here’s a quick breakdown of the payments:

From the total number of claims received, 4 574 have already been concluded while 3 392 are still awaiting a final decision.

This comes after the Compensation Fund announced that it has put strict new measures in place to ensure better screening of claims and claimants.

To date, the UIF has assessed 874 852 employer applications and paid out more than R43 billion to eligible employees.

In total, one million employers have submitted claims on behalf of 11 283 665 employees but 443 369 employees still need to be declared by their employers.

Until that happens, the claims will remain suspended.

“We still have about 443 369 undeclared employees whose April, May and June claims we could not process for payments, and we urge employers to make declarations either electronically on uFiling or by completing the UI-19 form to [email protected] in a case of fewer than 10 employees,” said the acting UIF Commissioner Marsha Bronkhorst.

Bronkhorst said the new measures have not only made the process smoother but have also weeded out undeserving claims, including those made on behalf of deceased persons, prisoners and other claimants who don’t qualify for the benefit.