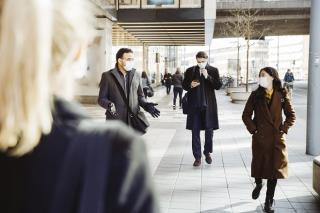 More than 7 000 claims have already been lodged with the Compensation Fund from workers who contracted Covid-19 while at work.

CF Commissioner Vuyo Mafata said that Rand Mutual, which operates under licence as granted by the Minister of Employment and Labour, covers mainly mine workers and those in the iron and steel industries.

There has been a sharp rise in claims.

“This is due to a number of claims that were originally repudiated due to incomplete information, but the outstanding information has been furnished. The cases have since been enrolled and are awaiting adjudication,” said Mafata.

A combined R514 963.22 has already been paid towards Temporary Total Disablement, while another R3.25 million in were set aside for dependent benefits.

Furthermore, R51 477.53 was paid out as permanent disablement lump sum, while Rand Mutual has disbursed R18 251 for burial costs.

Mafata said in cases where claims have been rejected, with better information, the claim “could still be approved and the Fund will accept liability”.