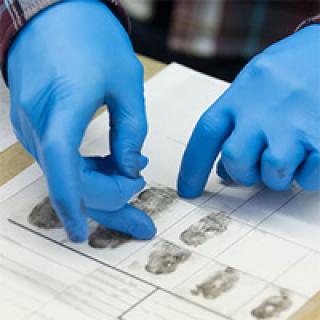 The South African Police Services (SAPS) is hosting a Forensic Services Conference, in Pretoria, under the theme “Fundamentals of Forensic Evidence”.

Over 600 local and international experts attending the conference - which ends on Thursday - are sharing industry knowledge and best practices with the view of advancing forensic based criminal investigations.

“The aim of the conference is to educate and enhance the skills of forensic examiners or analysts, academics, first responders to scenes of crime and detectives in the various fields of forensic services.

“This includes empowerment on the value chain and the maintenance of the chain of custody of forensic exhibits from the point of collection to the presentation of results/findings in a court of law,” SAPS spokesperson Brigadier Sally De Beer said on Wednesday.

Among the best practices taken from this conference is the collaboration of law enforcement with the forensic medical examiners in investigating crimes which involve the deceased. The need to establish a forensic strategy, which includes proactive and reactive interventions using forensic intelligence in all spheres of policing, was also identified.

In South Africa, Forensic Services division has embarked on several initiatives to improve and align the services, processes, technology and techniques in line with the current advancement in forensic practices.

“We acquired the latest technology for crime scene processing and laboratory analysis, including the semi-automation of the analysis of buccal samples to support the implementation of the DNA Act,” De Beer said.

These measures, she explained, assist the SAPS in reducing backlogs and improving turn-around times.

As such the number of case entries received at the laboratory for examination has more than doubled since the operational date of the DNA Act in January 2015.

“The Forensic Science Laboratory has made commendable progress in the reduction of the backlog, sustaining it at less than 10% of cases on hand. Since the 2009/10 financial year, the forensic laboratories reduced the backlog from 59 023 to a commendable level of about 18 923 case entries.”

Government also introduced the Criminal Law (Forensic Procedures) Amendment Acts which is commonly referred to as the DNA Act and Fingerprint Act in 2010.

The legislation empowers the police to take, store and keep fingerprints and photographic images which helps other departments such as the Home Affairs National Information System (HANIS).

Since its introduction, almost 26 000 law enforcement authorities have been trained to take buccal samples, which is progressing well to date.

There is a daily loading of forensic DNA profiles to the different indices.

“This database is currently the largest on the continent of Africa and amongst the 10 largest globally, and 210 000 profiles, in accordance with the requirements of the DNA Act, have been expunged to date.”

In addition to the DNA Act, government established the Forensic Oversight and Ethical Board to monitors and ensure compliance to the Act and ethical conduct.

All these led to successful prosecution such as suspect in a cold case that occurred 18 years ago in which forensic evidence assisted in resolving a crime. The suspect in the cold case was identified after performing a comparison search on the National DNA Database of South Africa. – SAnews.gov.za

END_OF_DOCUMENT_TOKEN_TO_BE_REPLACED

Located in Johannesburg, IH Johannesburg offers students the opportunity to learn English in an exciting environment that embraces multiculturalism and the vibr