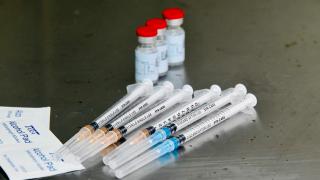 The American Food and Drug Administration (FDA) has decided to not clear the Johnson&Johnson vaccine for administration after some batches were declared to have been contaminated.

The J&J vaccines were put on hold after the FDA found the vaccines to not be compliant with the conditions of the Good Manufacturing Practices (GMP).

Acting Health Minister, Mmamoloko Kubayi-Ngubane, said vaccines stored in the Eastern Cape have been affected by the FDA's decision.

"Based on what has been announced by the FDA, we are affected in terms of those batches at the Gqeberha site. What we have on site is 2 million.

"These batches have not been used so South African citizens should not panic and worry. What we will receive and use will be approved"

SAHPRA CEO, Boitumelo Semete said new batches will be made available from sites that have been cleared.

Dr Semete has assured the public that safety checks are done to make sure the vaccines are up to standard.

“SAHPRA focuses on the quality, safety and efficacy of all health products, including COVID- 19 vaccines and will ensure that the safety and well-being of South Africans will not be compromised in any way,” indicates SAHPRA CEO, Dr Boitumelo Semete-Makokotlela.