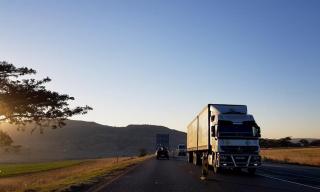 The National Joint Operational Structure (NatJoints), consisting of various government departments have issued directives to law enforcement agencies to activate contingency plans ahead of a national truck shut down.

Directives have been issued to law enforcement role players, including the South African Police Service (SAPS) to activate contingency plans across all provinces to ensure that the planned shutdown is policed efficiently.

The planned shutdown was preceded by sporadic attacks on trucks on various national roads across provinces. There have also been social media messages calling for the disruption of traffic and attacks on local trucks driven by foreign nationals at a time when there is high unemployment in the country.

In a statement on Tuesday, NatJoints said the SAPS  and all law enforcement agencies will continue to apply fundamental policing principles guided by the Constitution, the Gatherings Act 1993 (Act 205 of 1993) as well as the current .

“There will be zero tolerance to any intimidation against truck drivers as well as other road users. Law enforcement will ensure that there are no criminal activities and that the lives of law-abiding citizens are not put in danger,” said NatJoints.

It said a Task Team established by the President consisting of the Ministers of Home Affairs, Employment and Labour, South African Police and Transport were fully briefed on the outcomes of the Road Freight and Logistics Task Team virtual meeting convened by the KwaZulu Natal Premier’s office.

The All Truck Drivers Foundation (ATDF) did not attend the meeting despite being invited.

NatJoints said it has noted the progress detailed in the Action Plans of both the National and the KwaZulu-Natal Provincial Task Teams that we set-up last year. It urged officials to continue to resolve all outstanding matters and to process these reports within the NatJoints structures.

It also noted concerns of the independent trucking industry representatives and urged them to work closely with the law enforcement agencies.

“We appreciate the NTDF‘s continued participation in the Task Team and denouncing the violence and distancing themselves from the planned shutdown,” NatJoints said.

NatJoints also expressed dismay at the actions of splinter groupings that continue to involve themselves in sporadic violence against trucks on national roads, as well as threats made on social media coupled with calls for a shutdown.

“We have instructed the police to deal decisively with those involved as we cannot tolerate further disruptions to the economy after the lockdown we had. We are restating our call upon the independent trucking employer representatives and former workers representatives to form legitimate organisations that are accountable, register accordingly and join formal structures such as the Road freight Bargaining Council.”

Engagements with the bargaining council

NatJoints is also encouraged by Tuesday’s virtual meeting with the Road Freight Bargaining Council together with employer organisations and union representatives.

The meeting sought to address concerns following the shutdown call.

“We acknowledge the growing public concerns around the continued presence of foreign nationals in the trucking, security, agriculture, construction, hospitality and domestic sectors amongst others in the midst of high unemployment rate in the country,” it said.

Key to the outcomes of the meeting:

The meeting noted with concern steps being initiated by some Southern African Development Community (SADC) member states to reserve low skilled sectors for their nationals.

The Employment and Labour and Home Affairs departments were urged to fast track the international immigration and labour migration management policy and legal matters to escalate these matters to Cabinet.

“We will also address some of these matters with our counterparts within the SADC and the African Union. We call on Road Freight Industry workers to air their grievances and to stage protests within the confines of the law as it is within their right to do so.

“Protesters are also reminded that the country is still under the State of Disaster and the public has to abide by the Disaster Management Regulations which are governing the State of Disaster, one of which prohibits gatherings other than a funeral, church service and gathering for work-related purposes,” NatJoints said.