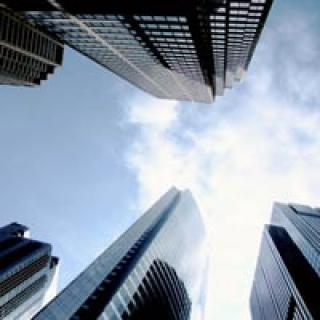 There is a greater focus on transparency in corporate governance, particularly on
issues like climate change and labour standards according to a global sustainability
report.

The 2013 edition of Carrots and Sticks: Sustainability reporting policies worldwide -
today's best practice, tomorrow's trends has just been launched at the Global
Reporting Initiative (GRI) conference in The Netherlands.

"The report confirms that more governments world-wide are beefing up their
requirements for companies to disclose information on topics such as climate change
and labour standards. The reliability of information reported - for example greenhouse
gas emissions - is key as governments start to introduce new market-based schemes
for climate change and other issues,' says Dr Cornis van der Lugt, Senior Research
Fellow at the USB?s CCGA.

The University of Stellenbosch Business School?s Centre for Corporate
Governance in Africa (CCGA) is a project partner with the GRI, the United Nations
Environment Programme and KPMG Climate Change and Sustainability Services.

According to van der Lugt, South Africa is taking the lead, along with Brazil and
China, in having requirements for reporting and social responsibility being advanced
via its stock exchange. Like some European countries, the Chinese government is
also making sustainability reporting mandatory for state-owned companies - a model
that South Africa may need to consider to advance efficiency in public services.

Van der Lugt adds: "At the GRI Conference where the report was launched on Friday,
international participants showed high interest in progress made in South Africa with
implementation of reporting requirements set by the Johannesburg Stock Exchange,
as well as leading innovation by South African corporates in integrating annual
financial and sustainability reporting.

Like the Carrots and Sticks report, discussions also reflected the need to align
international and national standards in accounting and reporting in the same way
that governmental departments need to streamline their requirements for companies
to disclose performance data.'

The "Carrots and Sticks" series of reports were initiated in 2006 by Van der Lugt
and Daniel Malan, Director of the Centre for Corporate Governance in Africa.
Published in 2006 by KPMG and UNEP, the first edition of the report covered
voluntary and mandatory requirements for disclosure in 19, mainly OECD
(Organisation for Economic Co-operation and Development) countries, but also
including South Africa and Brazil.

The 2nd edition, published in 2010 by KPMG and UNEP with the Centre and the
Global Reporting Initiative (GRI), covered 32 countries and listed 151 initiatives of
which 62% were mandatory. The 3rd edition, published this year by the CCGA and its
international partners, covered 45 countries - many OECD and emerging markets -
and lists 180 initiatives of which 72% are mandatory.

Updates on country level legislation and self-regulatory requirements for reporting
of environmental, social and governance (ESG) information are provided by GRI
national networks and national offices of KPMG. The main role of the CCGA has been
to join analysis of the collected information and co-author overall conclusions about
international trends.

The series of reports shows increasing introduction of mandatory requirements,
typically by legislators in OECD markets and by stock exchanges (such as the JSE) in
emerging markets. Generic requirements are complemented by thematic initiatives
such as the Carbon Disclosure Project and sectorial initiatives such as codes for the
banking sector.

Research by the CCGA in this field supports policy formulation, harmonization of
financial and non-financial reporting standards as well as convergence among ESG
standards in Africa, emerging markets and beyond.