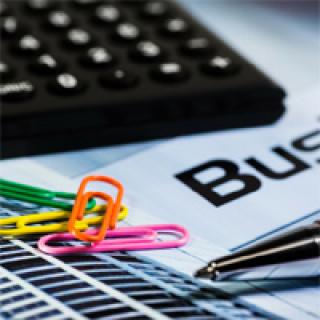 In a business landscape of increasing complexity, uncertainty and socio-political conflict, well-managed collaboration is the key to unlocking growth and allowing organisations to thrive in difficult environments, says the GSB’s Professor Brian Ganson, convenor of the Advanced Training in Company-Community Collaboration and Conflict Resolution in Complex Environments - at the UCT Graduate School of Business (GSB).

In 2011, when the Arab Spring erupted in Egypt, business suffered – with the effect being felt all around the world according to a report by Grant Thornton. But some, like multinational food giant Danone, strangely, continued to thrive despite the political and social turmoil.

How did they buck the trend? Professor Brian Ganson, Director of the Africa Centre for Dispute Settlement, believes Danone’s success in difficult circumstances was due to strong relationships with the surrounding communitieswho were their milk suppliers. He says, simply, “They survived a revolution because they had invested in good relationships and sophisticated business arrangements within the local community”.

Ganson, who runs a specialised mediation course - Advanced Training in Company-Community Collaboration and Conflict Resolution in Complex Environments - at the UCT Graduate School of Business (GSB), says that these kinds of solid relationships are increasingly important in a world of rapid and unpredictable change. “It is becoming increasingly difficult for companies to mitigate risk and unlock opportunities in challenging environments,” he says. “And unfortunately, complex environments are becoming more universal.

“Even when companies are trying to do the right thing, political, economic and social conflict - related or seemingly unrelated to the company’s operations - can have devastating consequences for business,” says Ganson. Consequences include costly disputes with communities and unions, reputational damage and labour unrest, which can result in major infrastructure projects being slowed or stopped.