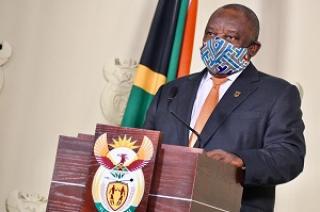 Because of the reduction in new cases of Covid-19 the government relaxed the national lockdown to level 1 which means that there will be more movement and activity allowed.

However President Cyril Ramaphosa reiterated that there are still restrictions in place and we cannot relax in social distancing and other protective measures.

"The threat of the third wave is constantly present - as is the threat of new variants," warned the President. We must continue to exercise extreme caution".

The new alert level will come into effect later this evening once the regulations have been gazetted.

The curfew will now be from 12pm until 4am.

Gatherings will be permitted, subject to limitations on size, adherence to social distancing and other health protocols. These include religious, social, political and cultural gatherings.

Night vigils and After Tears gatherings are still not allowed.

Alcohol sold during normal licensing hours (but not during curfew hours).

The 33 land border posts that have been closed throughout this period will remain closed, while the other 20 will remain open. 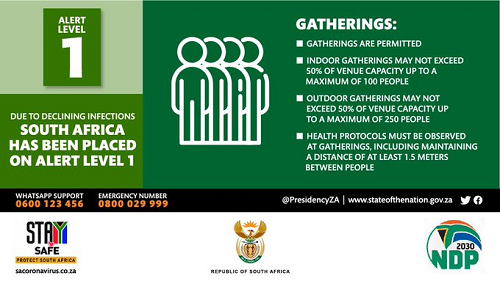 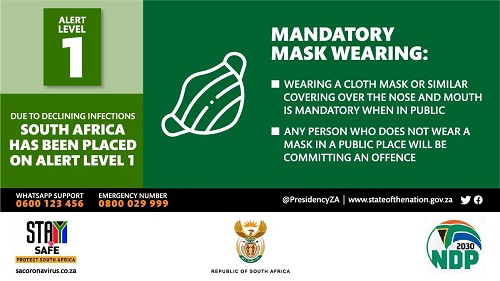 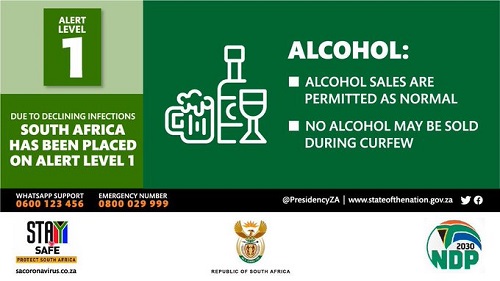 Political  gatherings will be allowed again.

The President stressed again that the government had implemented measures to try to assist those who were struggling because of the lockdown. However the governments resources were limited. He said that the government hopes to see higher consumption spending and they expect businesses to implement plans that were on hold during restrictions. "This will entrench the greenshoots in the economy to come through. Our energy has to go into growing the economy," he added.

Government Communication: What Can You Do To Prevent A Resurgence Of The Virus? 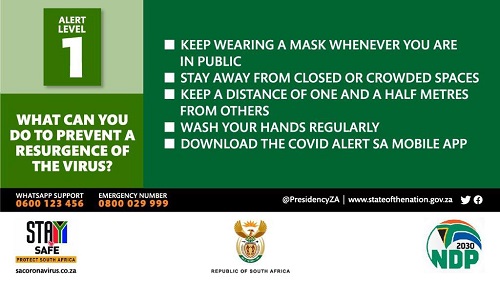 The new level 1 rules will come into effect when the updated Government Gazette is released, which is expected to be later on Sunday evening.