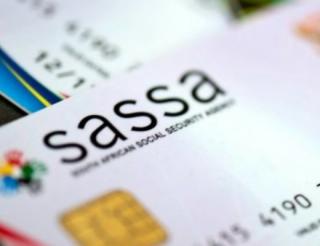 After consulting with the South African Revenue Service (SARS) the Department of Sport, Arts and Culture has announced that applicants within the arts industry applying for the second wave of the Covid-19 Relief Fund must be registered as taxpayers to apply.

This will allow them to gather all the documents they’ll need to submit their application.

“Despite the opening of the second wave, the department has observed the challenges experienced by potential applicants in terms of their tax registration status, however, this is a mandatory requirement, which the department cannot eliminate,” the department said on Tuesday.

The usual processing time for tax applications is 24 hours. Once registered, applicants can submit their applications along with their proof of registration.

The department has agreed to a recommendation by sector organisations to accept referrals.

There are limitations though, the department said it will only pay out funds to artists who make their living from the arts industry and therefore, SARS will accept a certified bank letter as a recommendation instead.

All artists are eligible, except for pensioners between the ages of 60 and 69 and those who are already receiving government funding such as grants.

Artists between these ages aren’t entirely excluded from receiving funding though, it’s just that the department’s Living Legends Legacy Programme (LLLP) already caters to those who are 70+ years old and have contributed to the sector.

For theatres and arts organisations, the Stimulus Package “ObjectiveTwo” will be made available to all formations, NPO’s, NGO’s, theatres, independent and semi-independent theatres, theatre-makers and community theatre organisations, to ensure the sustained visibility of the arts industry.

The arts sector will be informed through public calls in due course.

“In light of the two extensions for applications in the second wave of relief funding, the department continues to interact with those who have applied but whose applications have been stalled due to missing or incomplete documents,” the department said.

Safe re-opening of the arts sector

Proposals around the reopening of the arts sector have already been sent to the government.

The recently published directions allowed for the department to reopen venues, albeit under strict health protocols; this created an opportunity for more live streaming events in the future.

“The emphasis on adherence to strict health and safety protocols remains a critical priority while opening up the economy, and ensuring that the country does not get a second wave Covid-19 resurgence; as has happened in other countries.

“The department remains committed to creating an enabling environment and developing sustainable livelihoods for sector practitioners, whilst ensuring that we safeguard against the spread of the Coronavirus.”