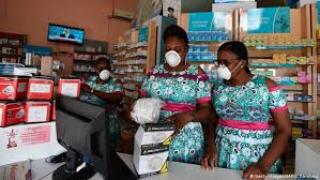 A Statistics South Africa (Stats SA) survey has revealed that 8.1% of its respondents lost jobs or closed businesses as a consequence of the COVID-19 outbreak.

The survey, titled Wave 2, studied the impact of the COVID-19 pandemic on employment and income in South Africa. Stats SA released the findings on Wednesday. The survey was conducted between 29 April and 6 May.

According to the report, almost nine in ten (89.5%) respondents who were employed before the national lockdown remained employed during the lockdown.

The percentage of respondents who reported no income increased from 5.2% before the lockdown to 15.4% by the sixth week of the national lockdown, said Stats SA.

“Approximately one-third of respondents (33.4%) reported that COVID-19 and the national lockdown will have no impact on their ability to cover their financial obligations, while 18.7% and 18.2% of respondents indicated that it would have a major or moderate impact, respectively,” Stats SA said.

Other coping mechanisms that respondents used to compensate for the loss of income included accessing their savings (51.7%), relying on extended family members, friends and their communities (36.8%), and claiming from UIF (14.6%).

Since the start of the national lockdown, the proportion of respondents who reported experiencing hunger increased from 4.3% to 7.0% as compared to the month prior to the lockdown. Amongst respondents who reported that their income had decreased during the lockdown, more than one in ten (11.4%) reported experiencing hunger, indicating that the loss of income may further increase food insecurity in the country.