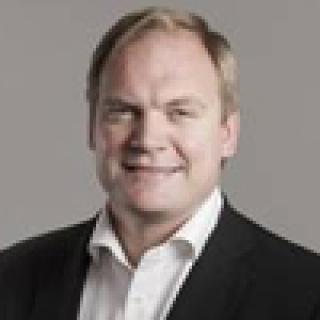 The most successful companies of any time represent an idea whose time has come. Ford was driven by the idea that automobile transport could be accessible to the average American family. Cirque du Soleil created a new industry by combining the best of the circus with elements of the theatre; and locally, Thawte provided companies around the world with a safe, secure way of making online transactions and helped them capitalise on the growing online audience.

While all the above companies had talented, driven and ambitious entrepreneurs driving their growth, this growth would not have been possible if the right environment for it did not exist.

"Entrepreneurship is a skill that can be learned, and is not entirely dependent on natural ability or talent. However of equal importance to the skill of the entrepreneur is ensuring an environment that encourages and rewards high-impact entrepreneurial leadership and is tolerant of mistakes and failures." So says Anthony Farr, CEO of the Allan Gray Orbis Foundation, a non-profit organisation aimed at assisting and developing a new generation of high-impact entrepreneurs and leaders to bring about job creation in Southern Africa.

Creating an environment that encourages entrepreneurship is not a matter of chance or accident. "Entrepreneurial ecosystems are usually the result of identifying areas and individuals that can affect high-impact entrepreneurial change and putting the correct systems and support structures in place to make it possible for them to succeed."

The elements of an entrepreneurship ecosystem

Daniel Isenberg, Professor of Management Practice at Babson College in the US and keynote speaker at last year's Cape Town Entrepreneurship Week, has developed a comprehensive system for identifying and growing entrepreneurship ecosystems.

According to Isenberg, such an ecosystem consists of hundreds of elements that can be grouped into six general domains, namely: 1) Markets, which includes early customers and networks such as entrepreneurship networks and multinational companies; 2) Policy, which includes solid leadership practices and support from government structures in the form of institutions, regulatory framework incentives and venture-friendly legislation; 3) Finance, under which micro-loans, venture capital funding and angel investors can be grouped; 4) Culture, including visible successes, tolerance for risk and failure, and social status of entrepreneurs; 5) Supports, which broadly covers infrastructure, support professions such as legal and accounting, and NGOs who support entrepreneurs, and; 6) Human capital, covering labour and educational institutions.

"The powerful consequence of this understanding of ecosystems is the flexible dynamics it brings. Due to unique cultures, regulatory frameworks and available support structures, each entrepreneurial ecosystem will be unique. The interplay between the hundreds of different elements creates these unique environments, so it's important not to try to copy the success of another country and simply apply their approach locally."

In the South African context, it is of absolute importance that we start to create a business and regulatory environment that is conducive to entrepreneurial success. "South Africa currently has a 25% official unemployment rate and job creation has become a primary objective of government. Economic studies from around the world regularly link entrepreneurship to rapid job creation, GDP growth and long-term productivity increases. The question is: how do we establish an entrepreneurial ecosystem in South Africa?"

Isenberg has outlined nine prescriptions for creating an entrepreneurial ecosystem, namely: 1) stop emulating Silicon Valley; 2) shape the ecosystem around local conditions; 3) engage the private sector early; 4) favour the high-risk potentials; 5) get a big win on board and celebrate it publicly; 6) actively encourage cultural change; 7) stress the roots to make sure the venture is strong enough to survive; 8) help clusters grow organically; and 9) reform legal, regulatory and bureaucratic frameworks.

"The central thrust of these prescriptions is the priority of attracting entrepreneurs rather than trying to create them all. To do this, we need to find out what entrepreneurs want and equip them with the necessary resources, support and guidance for them to succeed. In terms of favouring the high potentials, it is important to start with ambitious, growth-oriented entrepreneurs who target large potential markets, and celebrate their success publicly. This serves the dual purpose of inspiring the public and reducing the fear of risk."

There is an increasing weight of evidence showing the disproportionate impact that a small number of high growth entrepreneurs can achieve. This reality has recently been captured by the Kaufmann Foundation by way of Schramms Law which states: "The single most important contributor to a nations economic growth is the number of start ups that grow to a billion dollars in revenue within 20 years.

South Africa's business environment is unrewarding to high-impact entrepreneurs, and there's a definite stigma associated with failing at a business venture. This often discourages potential entrepreneurs to take a chance and launch their idea, much to the detriment of our economy. "It is vitally important that we start challenging this culture of intolerance toward failure sooner rather than later, or we risk losing a great many opportunities for high-impact entrepreneurial change. Countries such as Ireland and Chile managed to change their attitudes in the space of a single generation, a so called "generation on the move. There is no reason why the same can't be done locally."

Only once we have considered the above aspects should we look at the role of government in helping to support an entrepreneurial ecosystem. "Government should remove legal obstacles to business growth, and implement helpful laws that decriminalise bankruptcy, simplifies tax, and allows entrepreneurs to quickly start over after a failed venture. Government's role is to unleash - not harness - people's entrepreneurial energies, and build on and reinforce existing clusters instead of trying to create new ones. It's a case of putting the correct systems in place and then letting entrepreneurs get on with the task at hand."

Farr concludes: "Entrepreneurship should be promoted as a worthy pursuit and should form part of the curriculum - both at school- and university-level. But at the same time, we need to start removing legal hindrances to entrepreneurship and create an environment that rewards risk-taking and innovation in business, or we risk being left behind in the global economy."