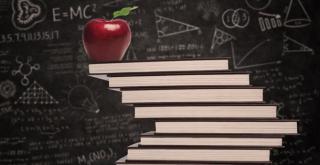 Tertiary education is broken. Universities as they currently exist and function cannot last much longer and nor should they. The dropout rate in South Africa's universities is high, while our graduation rate is low, far lower than the "ideal" rate of 25% set in the National Plan for Higher Education (Department of Education, 2001).

This suggests that our tertiary education system is in crisis and needs a dramatic overhaul if it is to help shape the future of South Africa.

According to the Centre for Higher Education Trust's data on South Africa's Higher Education, each year sees an average of 758 230 students enter university to study towards an undergraduate degree (Chet.org.za, 2017). The same data shows that, on average, 120 555 students graduate with an undergraduate degree annually. Between 2009 and 2014, an average of only 15.89% of students graduated.

As an example - in the case of three-year, full-time, undergraduate programmes, the ideal would be for 1/3 of the enrolment in any given year to be entering students, 1/3 students carrying on into a 2nd year and 1/3 students in their final year. If all those in the final year actually graduated, then the ratio of graduates to enrolments would be 33%.
(Department of Education, 2001)

If the maximum ideal ratio of graduates to enrolments is 33% and the government ideal is 25%, then why are we sitting with an average graduation rate of only 15.89%? Where have the other 129 660 students gone? How have we reached a situation where over half of our students are dropping out?

When I was a first year one of my Computer Science lecturers stood at the front of the vastly overcrowded lecture theatre and said something like this: "You are not the clients of the university. You are the products. The university is in the business of creating graduates for companies; they are our clients."

Now, it would be naive to think that with almost 800 000 students entering universities every year that their lecturers can know each and every one by name but what happened to treating students as people? These are humans, not products on an assembly line. We can't afford to throw out half our "goods" because they don't pass quality control.

Perhaps part of the problem is the mindset of lecturers and the universities themselves, that students are commodities meant to be sold off to corporations rather than human beings who are studying to improve their lives.

But, with so many students dropping out in their first year, a likely culprit is the transition from high school to university being handled poorly and it is my belief that part of the reason for this is the mindset expressed above.

The University of Cape Town is generally regarded as the top university in Africa, due to "its highly-cited research, a strong international outlook and an ability to attract large sums of money from industry" (Times Higher Education (THE), 2017).

The title of "South Africa's Best University" is hotly contested, but usually based on the criteria listed above: research, international outlook and investment potential. A highly-ranked university will attract more investment, and so the best way to improve your ranking is to focus on research. Often to the detriment of the quality of teaching.

Teaching is hard - you can be the most knowledgeable person in the world on the topic of, say, Quantum Mechanics and yet not be able to teach a lecture hall filled with people about that topic. If universities are hiring staff primarily for the money their research will generate, then they continue to put their own budgets before the well being and success of their students.

Even if we subscribe to the idea that students are the "product" of university, then surely you want the best possible staff working to manufacture those products, rather than working on their own papers.

With universities strapped for cash, research grants seem an attractive source of income. Especially since students, whose fees amount to roughly one third of university income (Chet.org.za, 2017), are increasingly unable to afford the costs associated with attending university.

By putting an emphasis on research income universities short change students, providing lower quality education than if they hired lecturers solely for their lecturing ability. How can we expect a student to transition from high school, usually an environment with some level of personal interaction between student and teacher, to university and succeed if we are not providing them with the very best lecturers?

What we need is for our universities to undergo a drastic change, for the gap between high school and university to be bridged more effectively and for students to be provided with greater levels of financial aid and academic assistance. Only then can we address the vast number of students the system as it stands is failing.

What do you think? Is tertiary education broken? Let us know in the comments!