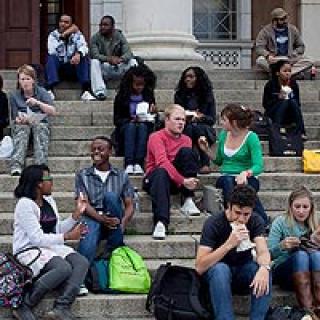 In a bid to win more votes in the upcoming Elections the DA has released a
TV advert in which it "guarantees' free higher education to eligible students.

The DA has also promised to create internships as part of its plans to
resolve the unemployment crisis.

In the second and final Ayisafani advert launched by the DA, Gauteng
premier candidate Mmusi Maimane delivers the message of change.

According to Maimane if the DA comes into power it would deliver ".change
that guarantees free higher education for qualifying matrics, change that can
create 1 million internships. 6 million real permanent jobs.'

What do you think?
Are these empty promises? Will this advert change your vote?