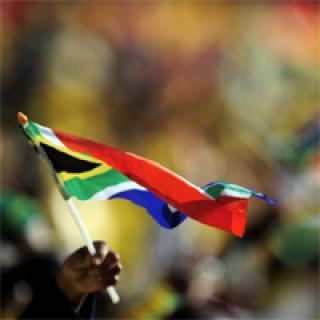 Deputy President-designate David Mabuza was among several ANC and opposition leaders, who were sworn in as Members of Parliament in Speaker Baleka Mbete’s office in the National Assembly on Tuesday.

This comes after President Cyril Ramaphosa announced changes to Cabinet at the Union Buildings on Monday night, wherein he named the former Mpumalanga Premier as his new Deputy.

Just after midday, Mabuza arrived at the Speaker’s office and appeared to be in high spirits and smiled at journalists who were camping by the door.

He was closely followed by ANC NEC member, Dr Zweli Mkhize, who was announced as the new Minister of Cooperative Governance and Traditional Affairs pending his swearing in and former Finance Minister Nhlanhla Nene, who will be return to his old portfolio once he is sworn in this afternoon.

After the swearing-in ceremony, which did not go on for more than 30 minutes, ANC Treasurer General Paul Mashatile said the atmosphere during the swearing-in was “excellent” and that they were “all happy”.

“These new members have just been sworn in as you have witnessed. As the ANC, we welcome the appointments that the President has made. We are particularly happy because there was thorough consultation with the leadership of the ANC and also other alliance partners, including the leagues.

“The Deputy President (designate) and Ministers will be sworn in today at 4pm… either at Tuynhuys or Good Hope Chamber,” he said.

Mashatile said when the President considers Cabinet appointments, he ensures that he takes a lot of issues into account, including experience, among others.

“… This was not just a quick thing. The President went through a [process] of consultation with all those that needed to be consulted, so we are all happy that this was a very thorough process.”

Among those that did not arrive to be sworn in as an MP was the incoming Minister of Mineral Resources, ANC Chairperson Gwede Mantashe.

Mashatile said Mantashe will not be sworn in as an MP as he is among those who will be appointed directly by the President.

Mashatile said the reappointment of former Minister Nene was welcomed.

“We all know that Nhlanhla Nene was one of our best Ministers of Finance so his reappointment will certainly be welcomed by everybody.