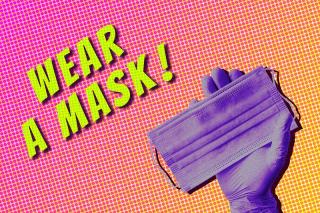 In calling for the active citizenry, the Department of Water and Sanitation (DWS) has urged residents to take a stand against the pollution of rivers.

The call comes as the department conducts the Clear Rivers campaign, which advocates for citizens to clean up rivers and water ecosystems, as part of dedicating their 67 minutes of goodwill during Mandela Month.

The department has, over the years, tightened the grip on those who pollute rivers. From 2017 to date, more than 50 criminal cases have been opened against transgressors.

Of the 50 cases, nine have been finalised, while 15 court interdict applications are presently underway for pollution-related cases, said the department in a statement on Thursday.

“Some of these cases include Lunathi Mining (Pty) Ltd, which is situated near Hendrina in Mpumalanga. The department received a complaint from a community member about unlawful water uses by the mine. The mining pit was full of water and overflowing downstream. This had a negative impact on the quality of water and it also led to the drowning of livestock grazing around the area.”

Subsequent to this, the DWS conducted an investigation and issued a notice in terms of Section 19(3) and 53(1) of the National Water Act.

The act advocates for preventing, remedying the effects of pollution and rectifying contraventions.

The mine was urged to stop the unlawful use of water and the subsequent pollution. The mine was also tasked with rehabilitating the affected areas.

Following this directive, the mine has since appointed an environmental consultant and commenced with the implementation of a rehabilitation plan.

“Follow-up investigations were conducted in May 2020 and it was found that there were no water uses and mining activities taking place in Lunathi Mine. To ensure that the mine follows the set directives, the department continues to monitor activities of the Lunathi Mine to enforce compliance,” the department said.

Contravening conditions of the water-use licence

The department has also intervened in Sishen Mine in the Northern Cape.

In this case, the mine was found to be contravening some conditions of a water-use licence. These included exceeding the authorised volume of water taken from boreholes, failing to comply with wastewater quality limits and poor stormwater management.

“The mine’s conduct was deemed unlawful, as failure to comply with wastewater limits results in pollution of both surface and groundwater resources which may impact downstream users and aquatic life relying on the resource.

“A directive was issued to the mine to rectify the contraventions. An action plan for rectification was submitted to the department and implemented accordingly. Ongoing follow-up inspections are presently being carried out,” the department said.

The department has also reiterated its commitment to safeguarding the country’s water sources as part of its core mandate and strives to ensure that those who are found to be contravening the law are held accountable.