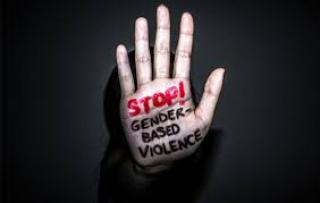 With incidents of gender-based violence and femicide (GBVF) sending shockwaves throughout society, Deputy President David Mabuza says the time for talk is over. Now is the time for action.

“The Department of Women, Youth and Persons with Disabilities is in the process of consultations with civil society formations to engage and forge a roadmap for the establishment of the National Council.

“Notwithstanding the need for broad and intensive consultations, we are confident that these processes will be expedited within the framework of deadlines agreed by all parties.

“For us, the time for talk on issues of gender-based violence is over. Time is of the essence. We need to act now, and act decisively, in tackling all challenges faced by the women of our country,” he said.

The Deputy President’s response comes at a time that the country is faced with an increase in incidents where women are under siege. While the country is under lockdown, several incidents of rape and murder, perpetrated by men, came to the fore, including the gruesome killing of eight-month pregnant Tshegofatso Pule, whose lifeless body was found hanging on a tree after she was last seen leaving her boyfriend’s house.

Mabuza told MPs on Thursday that in pursuit of government’s social compact commitments to end gender-based violence and femicide, the government is progressing on the implementation of some of the key measures. These include:

“There is no doubt that more work lies ahead. Collectively, we can make a difference to the lives of all South African women so that, they too, can enjoy freedoms and liberties, with no fear of being raped and murdered by men.

“Unless as a society we fight this scourge with the same vigour that we fought the oppressive system of apartheid, the freedoms we envisaged at the dawn of our democracy will remain elusive,” Mabuza said.